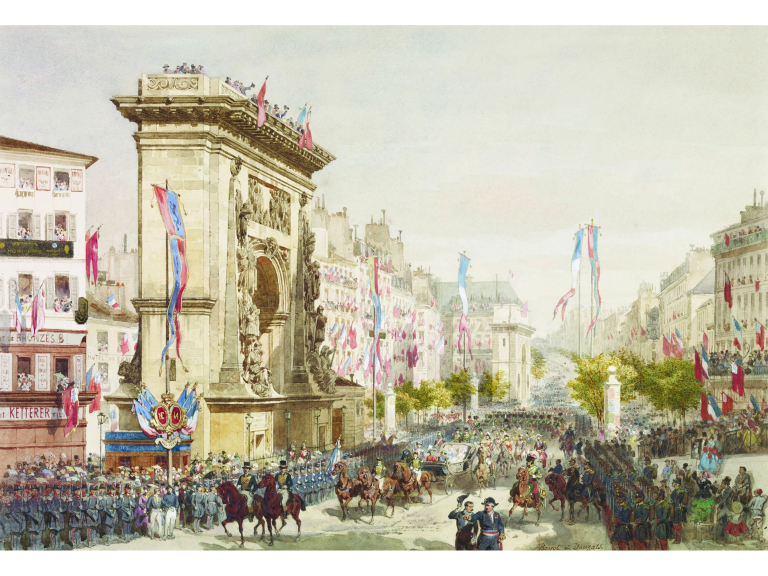 A new exhibition at Exeter’s Royal Albert Memorial Museum & Art Gallery (RAMM) gives a wonderful insight into the splendour of the Victorian court. Forty four watercolours from the Royal Collection depict her remarkable visit to Paris in 1855.

The historic 10-day visit was on the invitation of the Emperor Napoleon III and his wife Eugénie. The first time a reigning British monarch had visited the French capital in over 400 years, the visit ostensibly celebrated the military alliance between France and Britain against Russia in the Crimean War. It also cemented a great personal friendship that had developed between the two rulers, just 40 years after the Battle of Waterloo. Never before displayed in their entirety, the watercolours capture the magnificence of the occasion, showing dramatic illuminations, spectacular balls and exquisite Second Empire interiors.

Associated events are designed to increase insight and appreciation of the exhibition:
• Dementia-friendly art-making on Thursday 9 February (£15).
• Queen Victoria, Napoleon III and the events of 1855, a talk by Rosie Razzall, Curator of Prints and Drawings at Royal Collection Trust, on Wednesday 15 February (£12).
• Children’s animation workshop on Friday 17 February (£5).