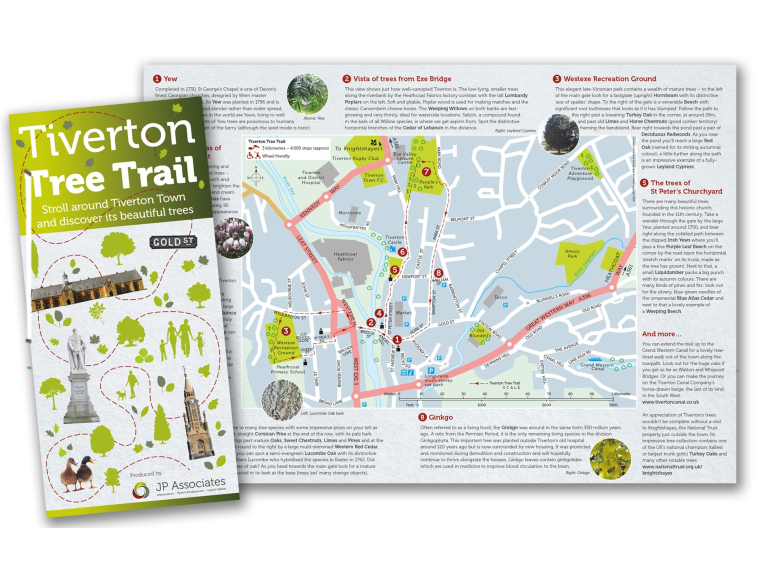 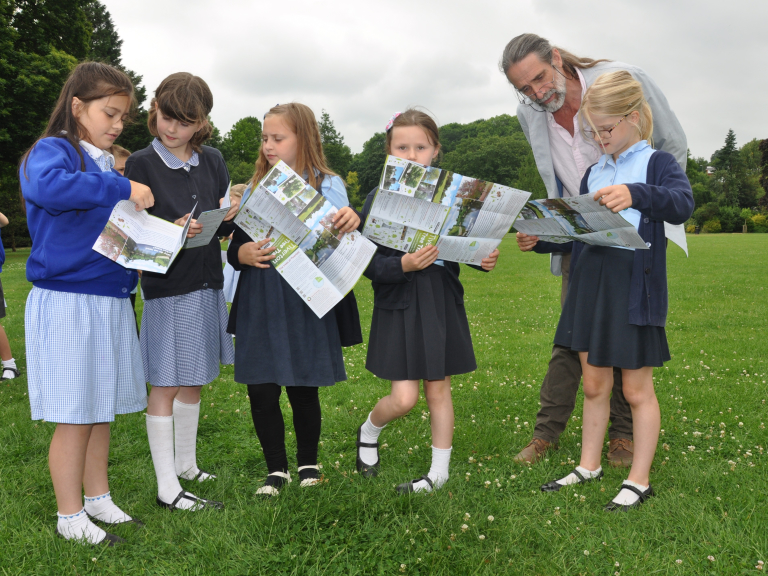 The mayor and JPA led the excited pupils around Westexe Recreation Ground, which forms part of the 3km trail, getting them to guess the age of a 'young redwood', and teaching them some amazing things such as the fact that Romans ate lime tree leaves as a salad, and that mature oak trees can support up to 5,000 species of invertebrates!

The children lapped up the information, enthusiastically asking lots of questions (JPA’s favourite was: 'How can a fungus eat a tree if it hasn't got a mouth?')

JPA’s founder, Jeremy Peirce, explained the reason behind the concept, ‘We love Tiverton almost as much as trees, and thought “What better way to celebrate both than with a really fun tree trail?”

‘So, we not only included some surprising facts about the most significant trees in Tiverton, and QR codes that provide access to further information about those species, but also point out some of the best places in our historic market town.’

As well as being lots of fun for all ages, the JPA Tiverton Town Tree Trail leaflet also has a more serious purpose: it has been designed to help spread the word about the vital role that trees play - not only in making urban environments healthier and more attractive but also in boosting communities’ wellbeing.

Mr Peirce said, ‘While following the trail, you’ll be working on your mental and physical wellbeing without even realising it, and our quiz will help you learn how urban trees can improve our health, and can even increase the value of your home. If, at the end, you’re inspired to get more involved with trees, we’ve provided a list of organisations through which you can do just that.’

Free copies of the JPA Tiverton Tree Trail are available from the Tiverton Tourist Information Centre based at the Museum of Mid Devon Life, and from various outlets around town.