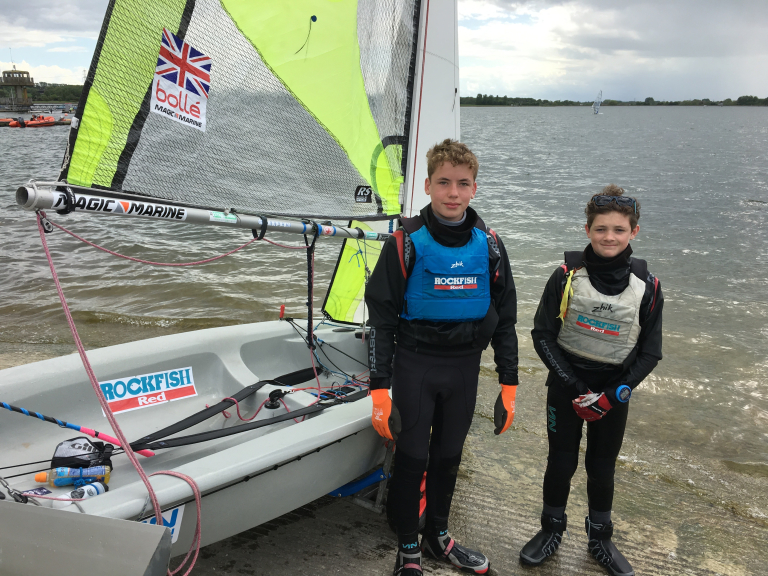 At just 14 years old local youth sailors from the Royal Torbay Yacht Club Tom Barnes & Ethan Gerrell are headed to one of the most prestigious races in the world, The America’s Cup. The duo, supported by local restaurateur Mitch Tonks and his group Rockfish, have been selected as one of three boats to represent GBR at the Endeavour race in the Americas Cup.
The America's Cup Endeavour Junior RS Feva Regatta 2017, will be held from 12 - 19 June 2017, during the 35th America's Cup (AC) Match in Bermuda. The courses will be mini Americas Cup courses and the race area will be either the Little or the Great Sound in Bermuda.
The boys will race in an RS Feva, a double handed asymmetric dinghy (2 sails plus spinnaker) which they train in all year. They are part of the Feva ‘class squad’ that trains all through the winter.
Live TV will be covering the official RS Feva "Half Time Show Race" during Race 3 & 4 of the Americas Cup.
Ethan- “I am just proud to be able to represent my country at the Endeavour regatta, but if we get a good result, like top 5 as well, that would be amazing!”
Tom – “Obviously we want to win, but I also want to see professional sailors in action at the most prestigious boat race in the world!”
Mitch Tonks said, “As a massive fan of sailing myself and living in South Devon it is wonderful to be able to champion local youth sailing and see all the sailing team we support training hard and aiming high.
Keep an eye on these youngsters, they’re doing some great things!”