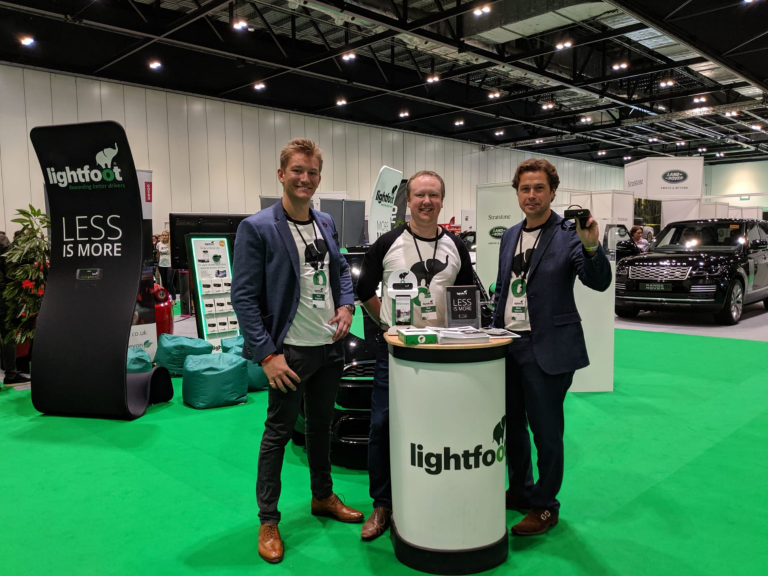 Devon-based Lightfoot has recently launched its revolutionary connected car and driver rewards platform - widely recognised as the “Fitbit for cars” - to thousands of motorists at the UK’s largest motor show, the London Motor & Tech Show (16-19 May).

Showcasing its cutting-edge automotive technology to show-goers, Lightfoot’s team demonstrated how its pocket-sized dashboard device helps drivers save on fuel, while rewarding them for smoother, safer driving through a host of benefits, perks and prizes.

Lightfoot’s disruptive technology, which was being launched to a national consumer audience for the first time, has rewritten the relationship between driver and vehicle, making smooth driving fun, addictive and competitive.

Its device guides drivers to the sweet spot of their engine, saving on fuel and dramatically cutting emissions. Typically, fuel costs can be cut by up to 20%, harmful emissions by 15-20%, at-fault accidents by 40% and wear and tear costs by 45%.

The accompanying rewards platform incentivises drivers to adopt and maintain their greener, safer driving with benefits and savings typically worth £773.50 per year*, including 10% off car and van rental, 20% off car insurance and a host of online and in-store discounts. It also enables drivers to set up and compete in leagues against friends, family, and other drivers, making smoother driving competitive and fulfilling.

Mark Roberts, Lightfoot’s founder and CEO, said: “The London Motor & Tech Show has been a huge event for us. Our mission is to change the way people think about driving and to help them become better, smoother, safer drivers. For us, there could be no better platform to do this than at the UK’s largest motor show.

“We’ve been able to show drivers that how you drive is far more important than what you drive, and that by fitting Lightfoot you can instantly improve your vehicle’s efficiency, making an immediate and positive impact on the environment.

“After an incredible start to 2019, including the launch of Breathe Exeter - our initiative to remove the equivalent of 1,000 cars’ worth of emissions from Exeter’s air by the end of the year - we are confident that the London Motor & Tech Show will be the trigger that enables us to become a global leader in low vehicle emissions.”

Lightfoot’s in-vehicle device is available to purchase online via Lightfoot or Halfords. It can also be purchased and installed at selected Halfords stores including Halfords’ Rydon Lane Retail Park branch in Exeter, its Marsh Mills Retail Park outlet in Plymouth, and its Houndstone Retail Park store in Yeovil.