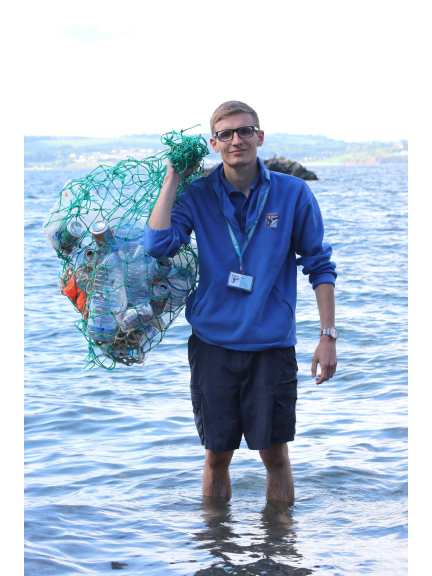 One local conservation charity is doing its bit for Torbay by organizing regular beach cleans.

Living Coasts, Torquay’s coastal zoo and aquarium, has chosen The Beach as its theme for the year. There will be three public beach cleans through the summer at three locations around Torbay. These follow on from a string of successful beach cleans in recent years at Beacon Cove, which is next to Living Coasts.

Torre Abbey Sands on 16th August and at Beacon Cove, Torquay on 16th September. People can register for free to join a beach clean and find out more information by going to: http://www.livingcoasts.org.uk/plan-your-visit/whats-on/events/detail/coastal-clean-ups

Living Coasts, along with its sister zoos Paignton Zoo Environmental Park and Newquay Zoo in Cornwall, has recently stopped selling single-use plastic drinks bottles. The aim is to highlight the huge problem of waste plastics, especially in our oceans. Around the world, about one million seabirds and 100,000 marine mammals and turtles are killed every year by plastics (source: UNESCO).

It’s thought that by 2050, plastic will outweigh fish in the oceans. Around 80% of water bottles and almost all water bottle caps are not recycled. The three charity zoos have adopted the slogan: Marine plastic – let’s turn the tide

Additionally, Living Coasts is supporting the Blue Flag awards in the Bay. Ten Torbay beaches have won Seaside Awards; three of these have also been awarded the prestigious Blue Flag Awards. For more information go to www.livingcoasts.org.uk or ring 01803 202470.