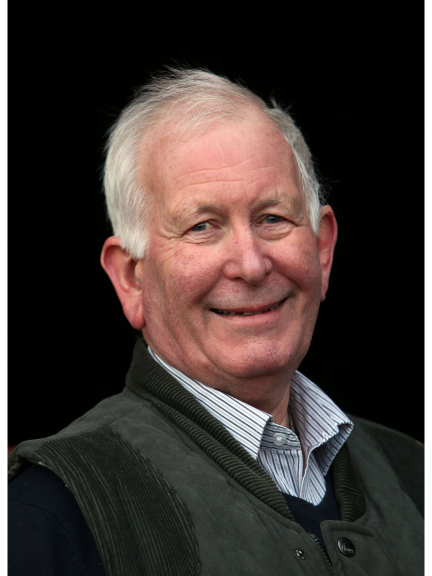 David Parish, Honorary Show Director of the Devon County Show, has announced that he will retire following this year’s event on May 17, 18 and 19 at Westpoint showground, Exeter, after 20 years in the role.

David, a farmer from near Willand, first joined the Show team back in 1983, ‘a really wet year at Whipton’, the old showground; but welly-topping mud didn’t put him off and he’s been a vital cog in the Show machine ever since.

“I look forward to each and every show: I enjoy meeting old friends who I haven’t seen since the last show and the commradie of stewards; each show has its own special atmosphere.”

Some 400 volunteer stewards are involved in all aspects of running the event and David knows them all. But whether he’ll miss all the meetings, averaging one a week for the last 20 years totalling more than a thousand, or the long hours, arriving on Show days at 5.30 am and not leaving before 10 pm, is another matter.

“It’s time to hand it on to the next generation of stewards who are the future of shows like ours,” said David, aged 74, and who, in 2015, served as President of the Devon County Agricultural Association, which stages the three-day event.

“To me, the Devon County is up there with the very best three day shows in the country.  It is still fundamentally a farming show, with some of the best livestock you will see anywhere, but it now acts as a shop window for the whole of rural Devon, with a food and drink pavilion which is second to none.”

During the past 31 years of service to the Devon County Show there have been many highs as well as some lows: “I have particularly enjoyed escorting members of the Royal family around the showground and talking to them about the Devon way of life. And, as a farmer, the grand parade is always a highlight but sometimes things do not go according to plan.”

In 2001 Devon reeled from an outbreak of foot and mouth disease which effectively closed the countryside and forced the Devon County Show to stage a food-focused event in August instead. And wet weather is a reminder that only exceptional preparation in terms of infrastructure and planning can ensure the Show is the county’s most popular annual event.

“When we first brought the Show to Westpoint we had hundreds of individual blue portaloos and most of the walkways were gravel, which caused visitors to struggle with pushchairs and wheelchairs. Twenty eight years on and we’ve spent hundreds of thousands of pounds creating the infrastructure to stage a truly modern Show.”

David is ‘Devon County Show’ through and through and promises to return next year as a visitor or, possibly, a junior steward.

This year’s County Show is a celebration of farming, food, rural life and entertainment. For more information or to buy tickets: www.devoncountyshow.co.uk