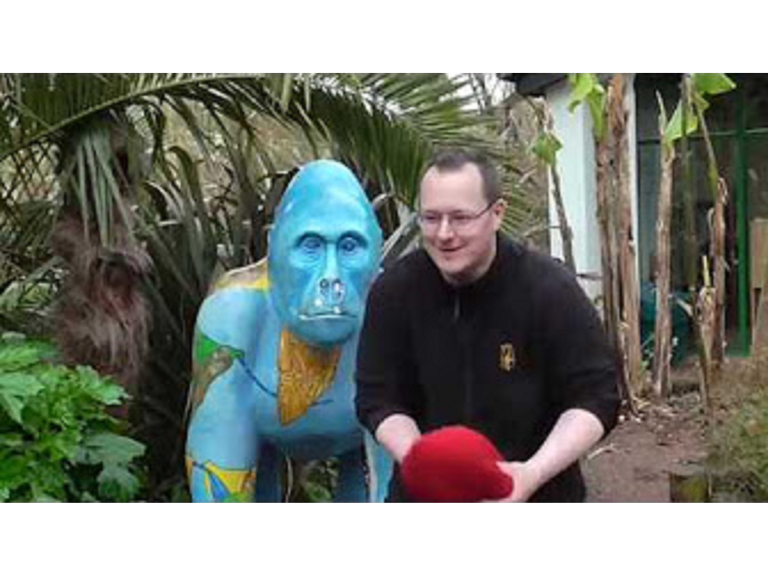 A conservation charity has produced a set of fun videos featuring staff, students and volunteers to mark Love Your Zoo week 2017.

The Whitley Wildlife Conservation Trust is the charity that runs Paignton Zoo, Living Coasts in Torquay and Newquay Zoo in Cornwall. People from all three zoos appear in the light-hearted films, which also feature a large red cuddly heart!

Love Your Zoo week is a nationwide event to promote the important conservation, education and research work carried out by zoos and aquariums. It’s organised by BIAZA, the British and Irish Association of Zoos and Aquariums, the professional body representing 100 of the best zoos and aquariums in Britain and Ireland.

Three short teaser videos were released on Paignton Zoo’s Facebook page to promote the event, starting on Thursday 25th May. The trilogy of one-minute main videos will follow, starting on Sunday 28th May with Part 1, which focuses on the three zoos, how they’re linked and what the Whitley Wildlife Conservation Trust is. The film includes facts and figures about animals, species and staff.

On Tuesday 30th May, Part 2 will be available; this focuses on BIAZA, what it is and the work the body does, including conservation projects. The Zoo will put out Love Your Zoo Part 3 on Thursday 1st June. This concentrates on what makes the Trust’s three sites different and what they offer in the way of new exhibits, rare animals, experiences, talks and views.

After these, a fun blooper reel will be released on Friday 2nd June, featuring some of the funnier moments and fluffed lines from filming. The videos feature animal staff, research students, gardeners, volunteers and catering staff. They were all made entirely in-house, with much of the filming and all of the editing done by Paignton Zoo Marketing Assistant Gina Franchi.

Trust spokesperson Phil Knowling explained: “We decided to use the big red cuddly heart to tie it all together. People catch the heart, say their line, then throw it on – some excellent editing has produced a set of fun, lively videos!”

The videos can be viewed here: www.facebook.com/paigntonzoo or on the Paignton Zoo YouTube channel: https://www.youtube.com/playlist?list=PL4LxgWHtd6A2bNgmN_yGv4RZ3fzMn-1so .

Paignton Zoo Environmental Park is a registered charity. For more information go to www.paigntonzoo.org.uk or ring 01803 697500.