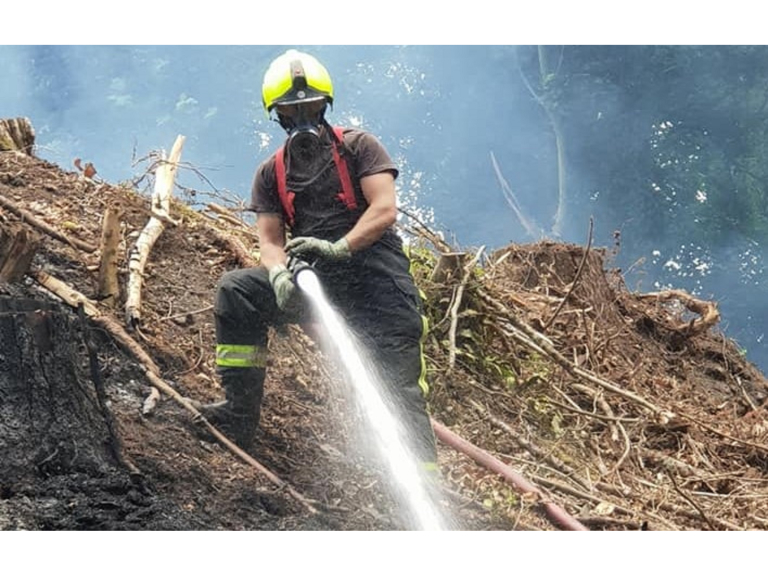 Over the weekend there were a couple of deliberate fires started within the Torquay area. One occurred on Saturday, 7 July whereby local fire crews attended a grass fire which was well alight. This resulted in an area of approximately 100 x 50 metres being damaged.

Then on Sunday, 8 July at approximately 18.30 another deliberate fire was started in a woodland area. Due to the adverse hot weather conditions the fire took hold easily and spread quickly. There was concern due to the large size of the fire that it would spread to nearby residential properties.

People were seen to be running away from the scene of this fire and these people are suspects in this case.

The Police are asking members of the public to provide them with any information that they have about these crimes. The actions of these individuals is putting the lives of members of public, the emergency services and their own at risk.

We are asking the public to report any suspicious behaviour to the police immediately. You can contact the police on the 101 number or alternatively you can call Crimestoppers on 0800 555111

Police Sergeant, Nichola Drury from Devon and Cornwall Police said: “In these adverse weather conditions any fire within wooded areas has the ability to start a fire such as we have seen in Manchester. Deliberately starting a fire is irresponsible and could have catastrophic consequences. It is a crime and any offender identifies for these crimes will be dealt with robustly.”

Devon & Somerset Fire & Rescue Service and Devon & Cornwall Police are asking everyone to be mindful of the impact and damage that a wild fire has on the environment. These fires are very dangerous as they spread fast and can change direction in an instance.

Alan Gilson, Community Safety Prevention Manager explained: "We want people to be able to enjoy the countryside, but ask them to be vigilant during drier weather to help prevent more wild fires in the future. A change in wind direction can cause the fire to spread rapidly, putting fire fighters at risk as well as nearby people and property."

To avoid a wild fire starting:

• extinguish cigarettes and other smoking materials properly
• never throw cigarette ends out of car windows
• don’t leave bottles or glass in woodlands – sunlight shining through glass can start fires; take them home or put them in a waste or recycling bin.
• avoid using open fires in the countryside
• if you see a fire in the countryside, report it immediately
• don’t attempt to tackle fires that can’t be put out with a bucket of water – leave the area as quickly as possible.