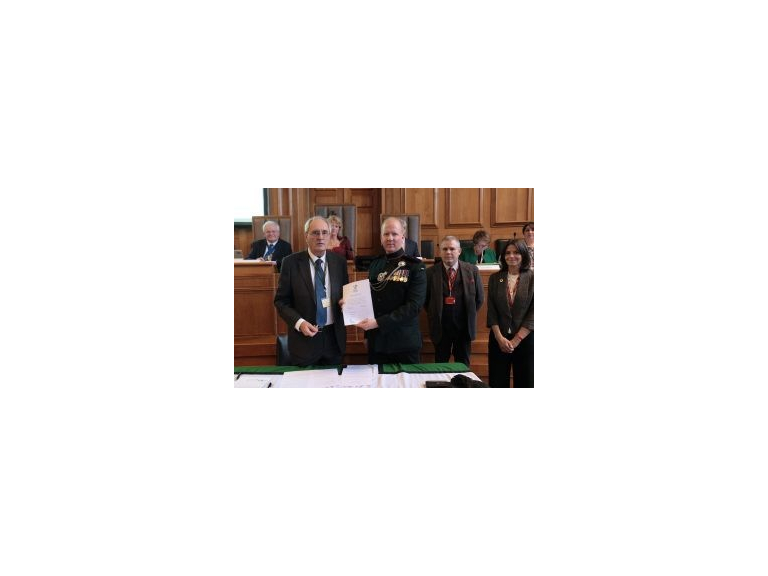 Devon County Council (DCC) has reinforced its commitment to do all it can to assist former and current members of the armed forces, by pledging its support as an employer.

The council is already an equal opportunities employer, which means that it treats every applicant on merit – irrespective of background.  Many of the Council’s staff serve or have served in the armed forces.

There are more than 100,000 members of the armed forces community in Devon and some veterans struggle to find a job once on ‘civvy street.’

A lack of familiarity about civilian services, and in some cases stigma, can make it difficult for many veterans and their families to access health care, to find suitable housing, get a job or join social groups.

Over the last few years Devon County Council has help launch The Devon Forces Family website so veterans can access information on subjects including housing, support for military families, employment and health.

Representatives from the partnership took the chance to network and discuss the challenges, the recent projects and how to build on the existing work to support the armed forces community.

Member for the Armed Forces Covenant, said: “We have a duty to ensure that that those who serve or have served, and their families, are treated fairly.
“The Council recognises the huge commitment and contribution that the Armed Forces community has made to Devon as well as to the Council itself.
“Many veterans, reservists and family members of veterans and work for the Council. We are keen to recognise this contribution, but also to understand the issues that veterans, reservists and family members face and how we can best support each veteran and the wider Armed Forces Community.”