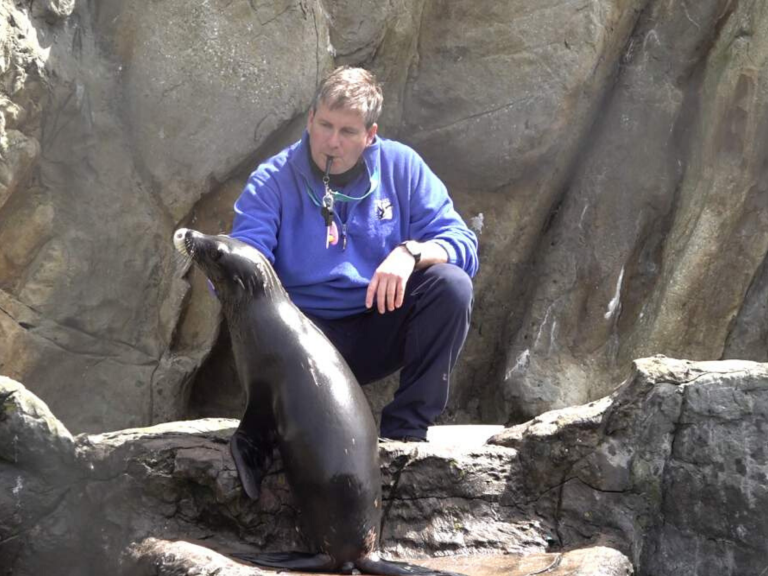 Animal experts at Living Coasts, Torquay’s coastal zoo, are pleased to see the back of South American fur seal Tamar – and it’s all because of Brexit.

Curator Clare Rugg explained: “He’s gone to Hamburg Zoo in Germany – we wanted to get him safely moved and all the paperwork sorted out before Brexit. We’ve beaten the Halloween EU exit date, which is a great relief.

“Frankly, there’s no knowing what the hold-ups might be - forms changing, extra paperwork, different procedures. We couldn’t risk having him delayed at a customs checkpoint.”

The British Association of Zoos and Aquariums, the body representing top zoos in the UK, has been working with DEFRA to plan for Brexit, but there is still a lot of uncertainty. A no-deal exit from the EU is likely to be chaotic and difficult.

Clare: “Lots of people are rushing to beat the Brexit deadline – but not many of them are moving important exotic animals. Tamar is moving on the recommendation of the species’ studbook holder. He’s an important male and will breed when older. But I doubt zoo animals will be a high priority for the authorities compared to food and agricultural livestock.”

In the longer term, Clare is also worried that the role of top UK zoos in international conservation programmes will be hit, as cooperation proves harder in the post-EU era.

Tamar was born at Torquay’s coastal zoo in 2017 and named by locally-based company and Living Coasts supporters Tamar Telecommunications. Director Jamie Christoforou said: “It’s great news that Tamar is moving on to help the breeding program. He’ll be the main breeding male at Hamburg, they have an incredible seal enclosure and Tamar will have four females to keep him company. We’re very proud of him!”