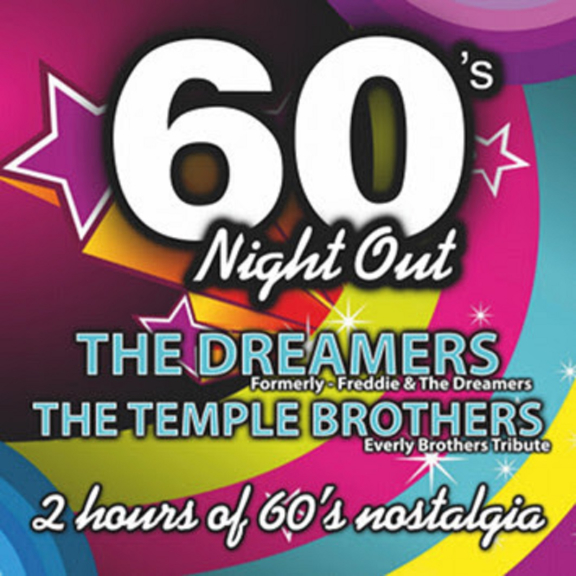 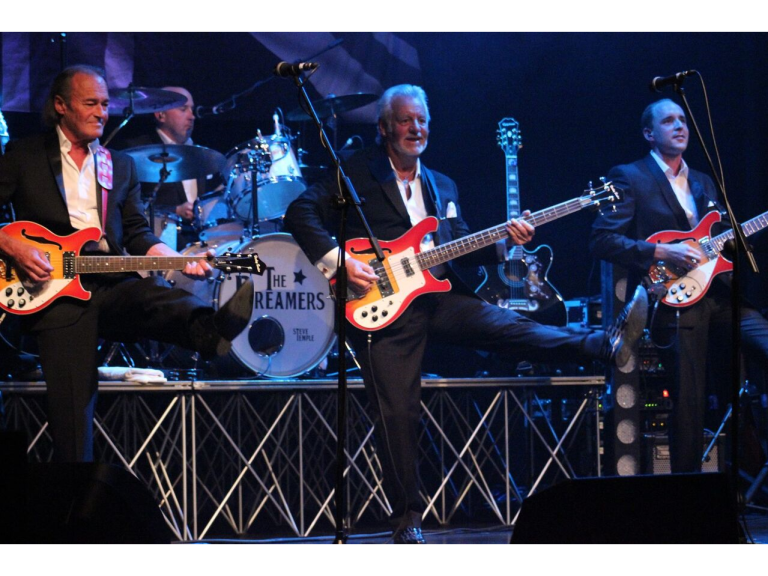 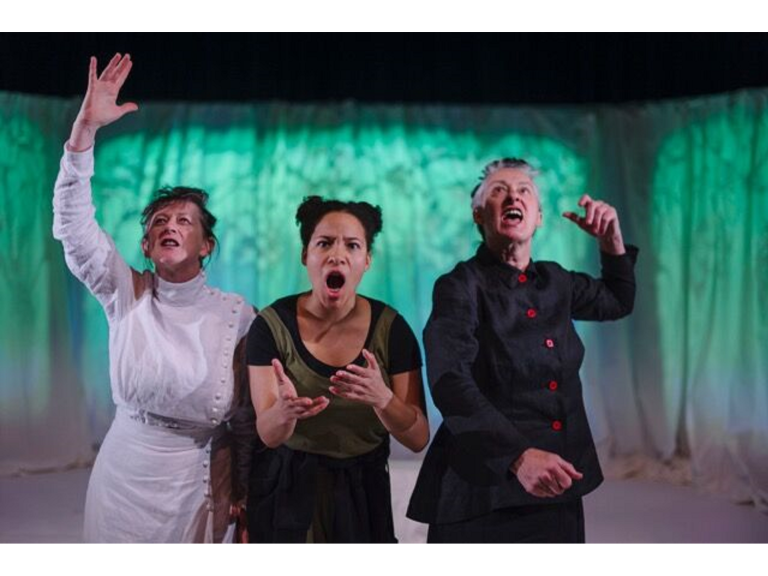 We are proud to welcome to Tiverton this great evening of nostalgia, with Sixties group The Dreamers, joined by The Temple Brothers with their special tribute to USA Legends The Everly Brothers.

The members of The Dreamers are Alan Mosca, Bryan Byng, Colin Temple and Steve Temple

Alan Mosca and Bryan Byng have been members of the Dreamers for over 38 years.  Their history speaks for itself, having  been part of Freddie and the Dreamers and of the band that contained a true superstar of the Sixties, Freddie Garrity.

They toured with Freddie across Australia, The Middle East and Europe and were on the second British Invasion Tour of America along with The Searchers, Gerry and The Pacemakers and of course Freddie and The Dreamers.

They appeared many times on TV shows including Cilla’s Surprise Surprise and Noel Edmond’s House Party .

It is by good fortune that Alan and Bryan have now been joined in the Dreamers by Colin & Steve, who will also showcase their own leading tribute to The Everly Brothers.

Relax with the outstanding harmonies of The Temple Brothers performing their Everly Tribute in the first half and then watch as they join Alan & Bryan in the second set for The Dreamers sensational 60’s, which includes the most popular songs from the sixties era.

An evening of true legends, great stories and the best known music.

Choose your seating when you book online.  Either at a table ‘cabaret style’ or on our tiered seating ‘theatre style’.

TCAT is a fully disabled accessible venue. We have a licensed bar, tea & coffee and plentiful free parking onsite.

Please email any queries to info@tivertontheatre.com

How far would you go for what you believe in?

The Cause is a new play inspired by an imagined meeting between two great leaders of the women’s suffrage campaign. They believed in the same thing, but their methods differed greatly.

Revolution stings the air. In an orchard, two women meet in secret. Their actions have divided them. Divided a nation. Split their cause in two.

The two women are suffrage leaders and rebels; Emmeline Pankhurst and Millicent Fawcett. The Cause considers the impact that a lifetime of political campaigning has on an individual. Asking ‘how far would you go for what you believe in?’ and exploring the divide between the violent direct action of the suffragettes and the peaceful constitutional means of the suffragists.

Marking the centenary year of the first votes for some women in 1918, this dynamic production has an original musical score and film animation, projected for thrilling visual effect.