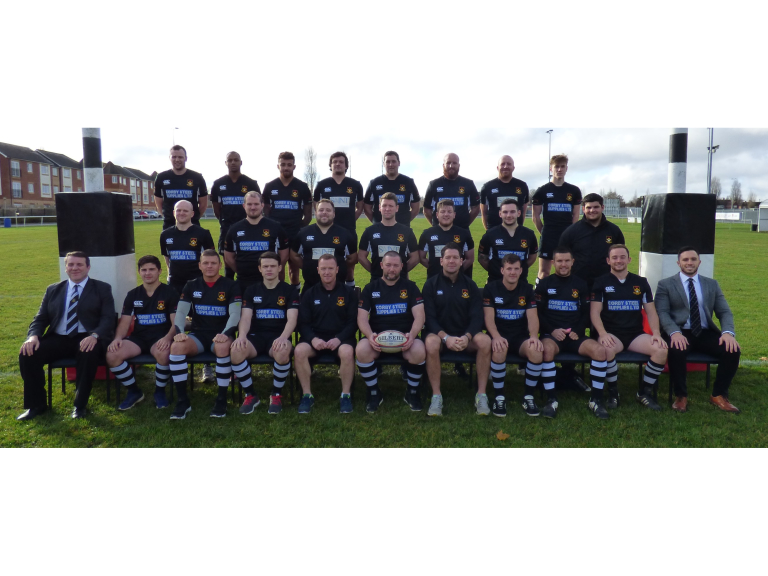 In the first half S&L played up the up the slope into a slight wind but more importantly, facing some extremely awkward winter sun. In the first 10 minutes Leicester Forest predictably kicked the ball high and down field to gain the early advantage.

Given the conditions, handling errors and the odd missed tackle were inevitable. The early pressure came from the visitors, with S&L seemingly unable to get a foot hold early on. This pressure led to penalties, but the visitors opted for the posts on most occasions due to the fact that the S&L set piece and defensive organisation was, as always, extremely difficult to breakdown.

S&L soon found themselves 9 points down and the visitors were on a roll leading into half time. Some more great defensive work at the breakdown then gave S&L to opportunity to clear the ball up field as they ventured into Leicester Forest territory for what seemed the first time in the game.

Using the forwards to power through the defence, S&L looked like they had finally woken up as they kept the pressure on in the visitors 22. At the close of the half, after several phases of play, Tom Crockett was able to evade the last defender to crash over the line. Lee Richmond added the extra and S&L were finally at the game.

What then transpired in the second half was remarkable to watch. A side that had soaked up all the pressure in the first half exploded into the second half with a 25 minutes blitz on Leicester Forest that left them truly shell shocked. With both the backs and forwards finding their shape, S&L seemed to slice through the visitors defence at every opportunity.

Number 9, Matt Fleming providing the first score after finishing off a break from deep. The next came from the pack, who proved aerial dominance again with a catch and drive finished off by captain Greig Cook. Craig Richmond was on hand next with a typically brilliant break through the midfield to score under the posts.

The next score was one to pitch as a contender for try of the season. A clean win a the lineout on the S&L 22 allowed the backs to break from deep moving the ball at pace across the line. Full Back, Harrison Shipp with plenty of work left to do, rounded 3 defenders as he ran in from 60 metres.

The scoring was finished off by yours truly, breaking clear down the blind side following another dominant lineout.

All attentions will now move toward the cup quarter final next weekend away at Dunstable where S&L will feel that they probably need to bring a full 80 minute performance if they hope to progress to the semi final.