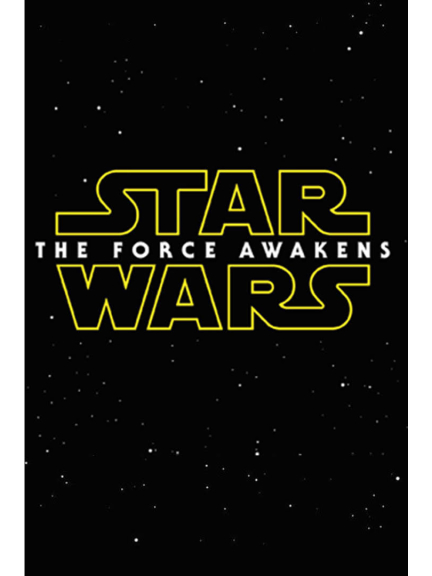 The Daily Mail's Brian Viner described The Force Awakens as "a triumph of escapism and the most exhilarating film yet in this mighty franchise".

Viner began his four-star review with the words: "Boy, has the force awoken," and raved about its "almost balletic airborne battle scenes, evocative of all the best Second World War films".

The "real star of the show", he declared, was British actress Daisy Ridley, whose performance as scavenger Rey should "send her career into orbit".

The Telegraph's Robbie Collin, who admitted to crying three times, said director JJ Abrams and his team had "taken a slightly tattered franchise and restored its sense of magic and myth".

The sequel - the seventh movie in the Star Wars franchise - is "a humongous piece of cinema", according to Kate Muir in The Times.

She went on to describe Abrams as "a better action director" than Star Wars creator George Lucas, concluding that the film was "exactly what we were hoping for"

The Daily Mirror, John Hiscock wrote: "All I can say is The Force Awakens evokes magical memories of 1977's Star Wars Episode IV: A New Hope, with plenty of humour, action, drama and heart."

Christopher Hooton in the Independent gave the film four stars and said: "Star Wars: The Force Awakens is actually probably objectively the best Star Wars yet, and would be held up as untouchable had it come first."

The Guardian also gave the film five stars, with Peter Bradshaw pointing out: "The Force Awakens is ridiculous and melodramatic and sentimental of course, but exciting and brimming with energy and its own kind of generosity."

I run thebestofchelmsford and am passionate about helping the independent businesses in Chelmsford thrive and achieve their goals.

Would you like to represent Essex Dementia Care in this years charity Colour5K?
Sign up for offers
Sign up for what's on guide
Become an author
Popular Categories
By clicking 'ACCEPT', you agree to the storing of cookies on your device to enhance site navigation, analyse site usage, and assist in our marketing efforts.
For more information on how we use cookies, please see our Cookie Policy.