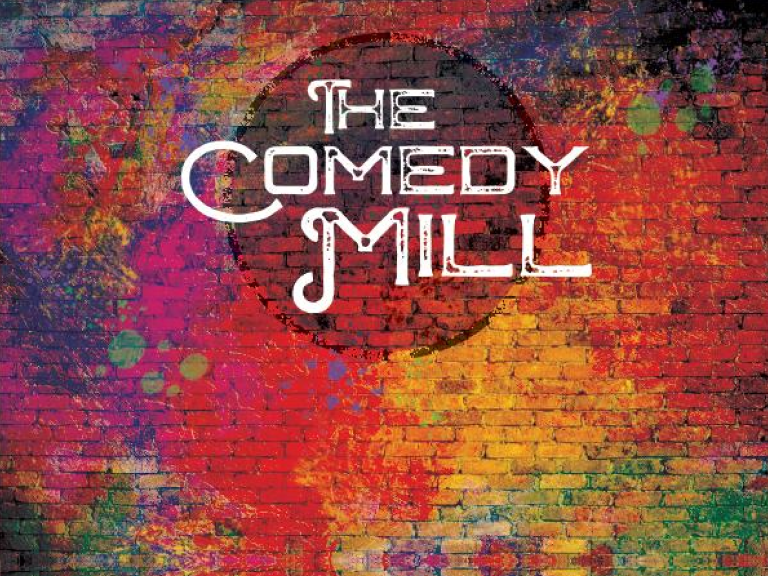 It had been a long and busy (but a good kind of long and busy) Friday and the weather had been wet and miserable pretty much from the moment we’d woken, so by the time Friday evening rolled in – we were desperately in need of a pick me up to start the weekend off on the right foot.

So, what better way to cheer ourselves up than with a brilliant night of comedy at The Mill in Ulverston?

We’d been meaning to get to one of these nights for a while, but with work and family commitments always finding a way to interfere, we’d had to postpone, always promising to make the next one. So as we clambered into the taxi taking us to The Mill last Friday we were really excited about going.

Being comedy night virgins – we weren’t too sure of how the night was going to unfold, but after a few words at the start from Sam Hughes (organiser of Comedy Mill and The Duke of Comedy) we were given the run- down of acts for the night and roughly how long each one would be performing for.

Drinks were lined up, the lights were dimmed, everyone settled down. Showtime!

First up was our MC for the night, the brilliant Harry Stachini. Harry has a really laid back style and his easy going attitude was the perfect way to kick things off. It’s always great when comedians involve members of the audience and Harry certainly did that, especially the guys who were sat right at the front. This witty, unscripted thinking on your feet style of comedy is brilliant, kept everyone on their toes (you never knew who he was going to single out next) and got plenty of laughs.

Next up was Rob Mitchell. Another excellent act, Rob’s stories and observations were really funny. It was a really well polished set and his sense of timing and the way he engaged with the crowd was awesome. His delivery and confidence had the room at ease, and there were some great gags, to be honest I could have listened to more than the 20 minutes that he gave us.

Headline act for the night was the incredibly funny Sam Avery.  Sam (stand -up comedian, best -selling author and viral blogger) was doing a preview of his new tour – The Learner Parent and did two 30 minute sets.  Sam started his award winning blog when his twin boys were born, he may be a stand- up comedian – but his toughest gig is looking after his toddler twins, and in this preview we got to hear some of his trials and tribulations with parenthood. Side splittingly funny and absolutely spot on - anyone who has kids can relate to his experiences, those that don’t will still laugh their socks off. Sam provided the perfect finish to what had already been a fantastic night of comedy.

These nights are always very popular, and what struck me as I looked around the room was how varied the audience was. At a guess I’d say that ages ranged from late teens to early sixties – proving that comedy doesn’t discriminate, everyone’s welcome!  There were very few empty seats in the loft bar and judging by the amount of laughs ringing out around us and the grins on people’s faces, everyone had a great night – I know we certainly did! We’ll be back for more very soon.

Tickets for these comedy nights are an absolute steal with advanced tickets just £10 each! That’s a tenner to be entertained by some of the best comedians on the comedy circuit – incredible value for money. So if you’re in the mood for a cracking night out then I urge you to get your tickets booked.

Don’t take life too seriously, there’s more than enough doom and gloom – treat yourselves to an awesome night of comedy instead.

The Comedy Mill takes place on the second Friday of each month (the next one is on 9th November) – details here: https://www.thebestof.co.uk/local/barrow-and-furness/events/feature/the-comedy-mill---ulverston/

The next Duke of Comedy night is on 18th October at The Duke of Edinburgh – details here:https://www.thebestof.co.uk/local/barrow-and-furness/events/feature/barrow-comedy-club---the-duke-of-comedy-1525629894-8018/