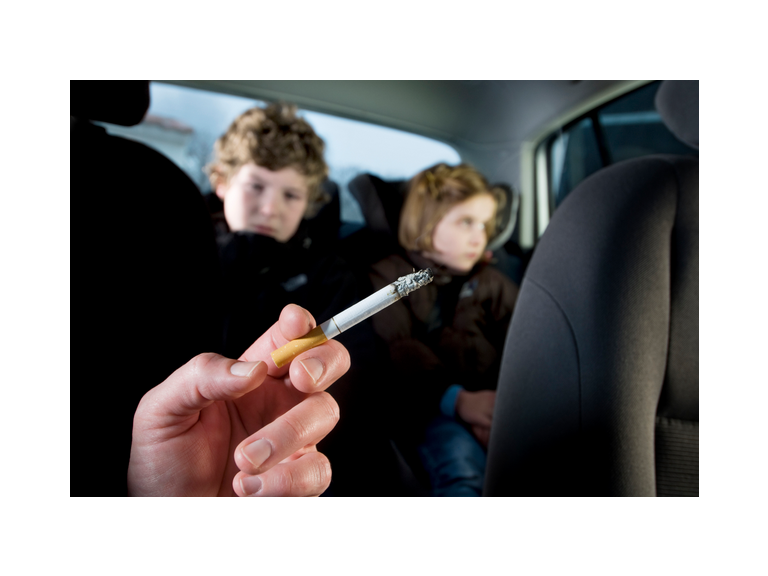 Although I haven’t smoked for the last 10 years or so, I used to be a heavy smoker. I wouldn’t think twice about smoking 40+ a day – I even used to wake up in the night to have a cigarette – how ridiculous is that!  But when we had our children I decided to stop. Not only did I want to be able to run around and play with them, I didn’t want them to be affected by my smoking either.

Smoking is becoming socially less acceptable nowadays, back in 2007 there was a ban on smoking in pubs and clubs, and now further restrictions on smoking are being made.

According to research conducted by the British Lung Foundation more than 430,000 children are exposed to second hand smoke in cars every WEEK!

Even with a window open, smoke can stay in a car for up to 2 ½ hours and contains more than 4,000 chemicals – many of which are known to cause cancer. Its believed that 300,000 children in the UK visit a GP each year because of the effects of second hand smoke, with 9,500 going to hospital.

Those are frightening statistics, and its that research that has prompted a new law to be introduced today across England & Wales.

From today (October 1st) its now illegal to smoke in your vehicle if you have anyone under the age of 18 travelling with you (this applies to both drivers and passengers) The law also applies regardless of whether your windows or sunroof are open.

There are some exceptions. The ban does not apply to a 17-year-old driving on their own. If you are driving a convertible with the roof down, you’re OK to smoke, and the law doesn’t apply to e-cigarettes either, as they don’t emit harmful toxins.

Drivers and passengers who break the law will face a fine of £50, although Police in Cumbria have said  that they will be taking a more lenient, less confrontational approach in order to get the message across. They won’t fine people, but will instead issue warnings, and allow a period of time for awareness of the new law to build first.

There will be people who disagree with it, it will divide opinion. And let’s face it, it’s a law that’s going to be pretty difficult to uphold, police resources are stretched to the limit as it is. But when you look at the health benefits to your children, it surely has to be a good thing doesn’t it!