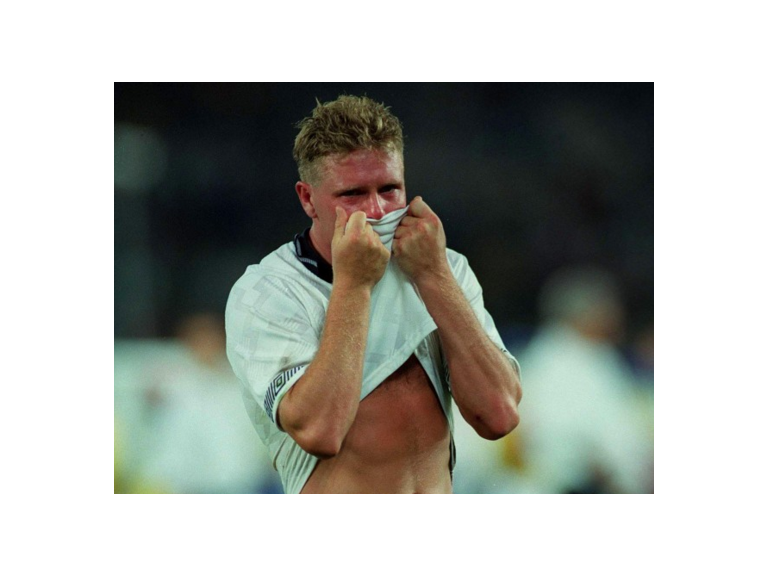 Paul Gascoigne, known to millions simply as ‘Gazza’, is bringing his show – ‘Paul Gascoigne – The Live Show’ to The Forum on Saturday the 7th November.

Back in the 80’s and 90’s Gazza was one of the country’s most popular footballers, but as well as being incredibly talented, he was also well known for his explosive personality, both on and off the pitch!

Gazza was capped 57 times for England, and was once described as ‘The most naturally gifted English midfielder of his generation’.

His tearful, bottom lip trembling performance (after he’d been booked during England’s defeat at the hands of West Germany in the 1990 World Cup Semi Final) is one of footballs’ most iconic images (as is the one of footballs’ Hard Man Vinnie Jones grabbing poor Gazza by his unmentionables!) earning him a legion of fans, and a place in the nations hearts.

His personal life has been - to put it mildly – turbulent. Battles with alcoholism, and mental health issues have been well documented over the years, and his lifestyle has certainly took its toll.

One of my favourite stories about Gazza was when he played for Tottenham against Newcastle. Gazza had, some years before (whilst playing for Newcastle) expressed his love of Mars Bars. On his return to St James's Park after being sold to Spurs, Gazza was pelted with Mars bars by the Newcastle faithful. One landed close by, and he picked it up, tore the wrapper off, took a huge bite out of it and carried on with the match! Classic Gascoigne!

So to hear more about his life – professional and personal, make sure you’ve booked tickets for his live show on Saturday 7th November, but don’t hang around, tickets are disappearing fast!

Gascoigne – The Live Show starts at The Forum at 8pm