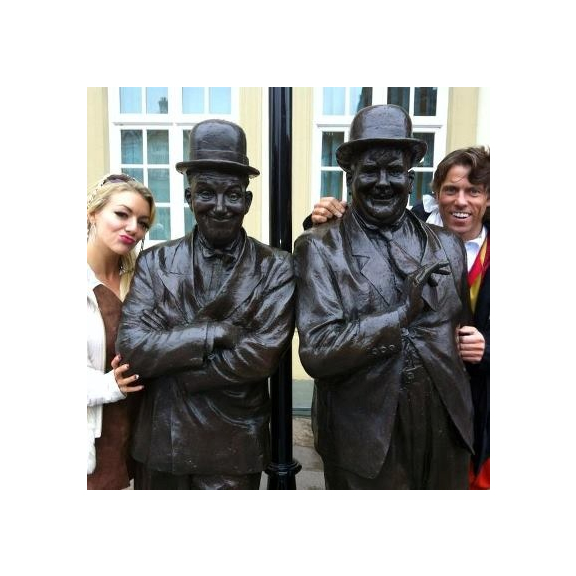 Two weeks ago there was a lot of activity and commotion outside our favourite local theatre – The Coro.

John Bishop, comedian who made his TV acting debut in BBC1's The Accused in the summer - will appear alongside Sheridan Smith in the ITV1 film  - Panto!

The festive programme, to be screened in December, will also feature Chesney Hawkes.

He created the new production - which looks behind the scenes in pantoland - with Coronation Street and Gimme Gimme Gimme writer Jonathan Harvey.

John is to play a cheeky local DJ, Lewis Loud, from Morecambe FM making his panto debut in the Grand Theatre Lancaster's seasonal show Dick Whittington. During rehearsals he falls for TV celebrity Tamsin (played by Sheridan), who is better known for her screen soap role as "Mad Mindy The Axe Murderer".

Ulverston’s Coronation Hall was transformed for the day into The Grand Theatre and passers by watched with interest as several scenes were filmed outside the building.

Watch this space for more details on when the programme is to be scheduled.