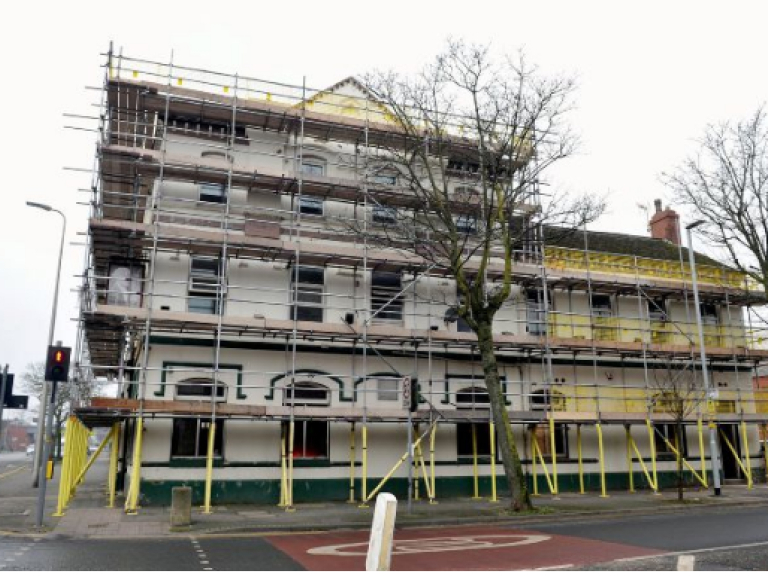 With the ongoing investment and industrial growth that’s happening across Barrow and Furness, the influx of contractors and people looking to work and stay in the area is constantly rising.

As a result of this the demand for high quality accommodation has never been more sought after.

Last year we wrote a piece about the fantastic development of the old Wheatsheaf Pub by property developers Blake Henderson. It’s an incredible transformation and the standard of their serviced rooms was absolutely superb.

Well, Blake Henderson have now turned their attentions to another former pub – The Washington on Roose Road. Work on the pub has already started, and the transformation from eyesore to 32 bed development is under way. It’s hoped that it will be completed by August this year.

Blake Henderson are committed to using only local tradesman and contractors, which is great news for the area and keeps everything local, it’s a policy they’ve used in all three of their projects in the area.

When finished, The Washington will have a mix of rooms and self -contained flats, finished to a very high standard.

The Wheatsheaf (17 serviced apartments) The Crystal Palace in Dalkeith Street (13 rooms) will be finished in April, and now The Washington.

The company have made a sizeable investment in the area. Around £1.5 million will be invested in The Washington alone. The Wheatsheaf and Crystal Palace will have a combined investment of around £700, 000.

Refurbishing existing buildings into developments like this is something that Barrow clearly needs as part of its ongoing regeneration. If the rooms and apartments are anything like The Wheatsheafs, they'll be amazing.