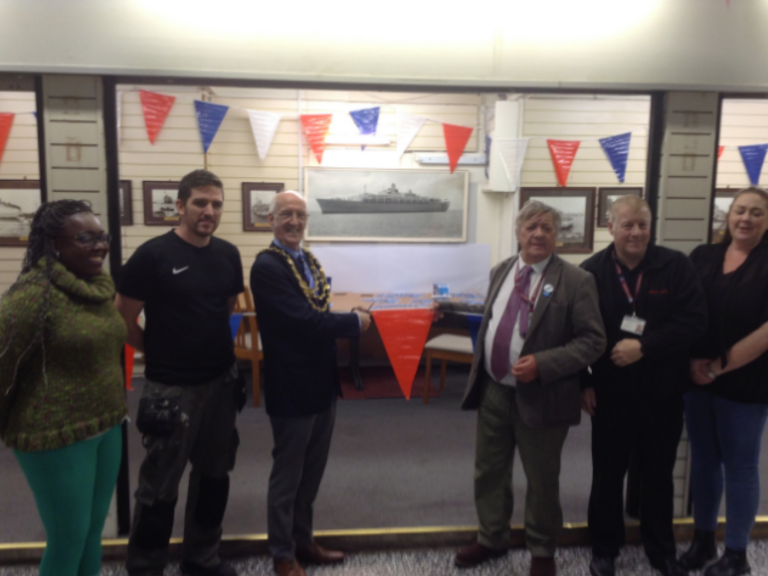 It’s been said a picture paints a thousand words, and that’s something that’s proving to be true at the latest exhibition that’s taking place in Barrow Market Hall.

The pictures are the property on Councillor John Murphy. Councillor Murphy rescued these pictures, having seen them being put in a skip, ready to be thrown away. Realising that they are an important record of Barrow’s heritage and many people would have an interest in seeing them, he rescued them from being lost for good.

The pictures evoke many memories and people that have seen the pictures often have many stories to tell about the scenes on display. In fact the response to the exhibition from the public has been so enthusiastic that it’s prompted the market hall supervisors to make sure that a keepsake memory book is on hand for people to share their memories and tales relating to the pictures on display.

The exhibition will take place in the market for a month, and you also have the opportunity to purchase one – or more, of these pictures as they will be up for auction and sold to the highest bidders. All proceeds raised from the auction will go to The Mayor’s Charity.

So make sure you take a trip down memory lane and visit the display, and whilst you’re there, why not leave a review of the display by filling out one of our review cards and popping it in the red postbox?