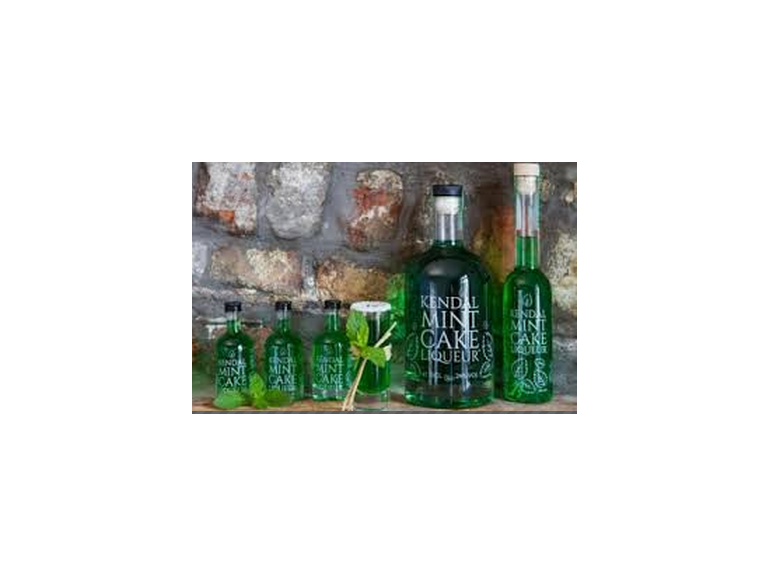 I think it’s fair to say that here at thebest of we’re no strangers to the odd slab of Kendal Mint Cake.

There’s no better way to up your energy levels than to nibble on a piece when out walking in the hills (or sitting at your desk – as I can well testify) To some it’s the ultimate energy bar. It was famously carried by Sir Edmund Hillary and his team on their ascent to the summit of Mount Everest in 1953.

It’s the stuff of Legends.

But it seems that it’s been given a revamp, bringing it smack up to date for the 21st Century

Mike Pennington, owner of Burgundy’s Wine Bar & Brewhouse in Kendal, has created Kendal Mint Cake Liqueur. With it’s distinctive bright green colour and it’s delicious taste  - it’s proving to be a real hit both in the UK and abroad.

Mr Pennington said he came up with the idea while mixing cocktails behind the bar of Burgundy’s.

“I was in a cocktail mixing mood and thought ‘wouldn’t it be good to make something with the flavour of Kendal Mint Cake’. It is such an iconic brand.

“I then experimented with different flavours until I came up with the right recipe.”

Bottles have already been exported to Australia, Switzerland, and Thailand. And recently an order was received from Germany after the liqueur was a hit at the Speyside Whisky festival.

So, next time you’re planning to walk on the Fells do you take a bar of Kendal mint cake or a hipflask of Kendal Mint Cake Liqueur with you?

Ormsgill Community Fridge
Sign up for offers
Sign up for what's on guide
Become an author
Popular Categories
By clicking 'ACCEPT', you agree to the storing of cookies on your device to enhance site navigation, analyse site usage, and assist in our marketing efforts.
For more information on how we use cookies, please see our Cookie Policy.