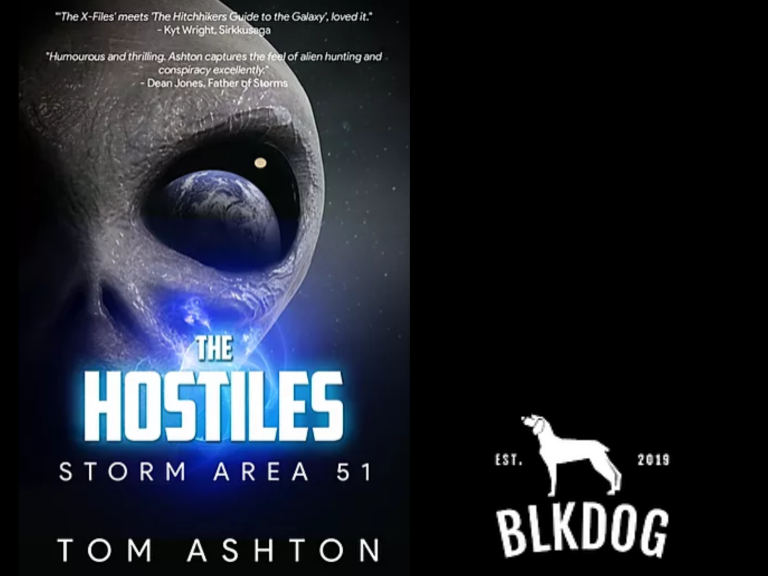 Since the age of 5 Tom Ashton has had a burning desire to make it in the world as an author and has dedicated his time to honing his craft and turning his dream into reality.

Tom, who hails from Barrow is now a short story writer and novelist and holds a degree in Creative Writing from the University of Derby

His time so far as a writer has seen him working for both publishers and literary agencies, and  Tom has also spoken at universities and literature festivals about his career.

Tom’s latest offering: The Hostiles: Storm Area 51, has made it to the final of independent publishers Blkdog’s Book of the Year. A fantastic achievement in itself – but things could really take off for Tom if he were to win the competition outright.

After whittling the entries down, two authors have made it to the final –  but only one can take the title.

The literary world is a crowded place, competition is fierce and it’s often very difficult for your work to stand out and be seen, which is why winning an accolade like this is so important to any writer.

Tom’s got his work cut out as he’s up against a well-established author, so really needs the whole community to get behind him and give him some support.

Twitter and Facebook endorsements would be amazing, but primarily please vote here for THE HOSTILES and help it to become Blkdog’s Book of the Year.

Good luck Tom from everyone at thebestof!