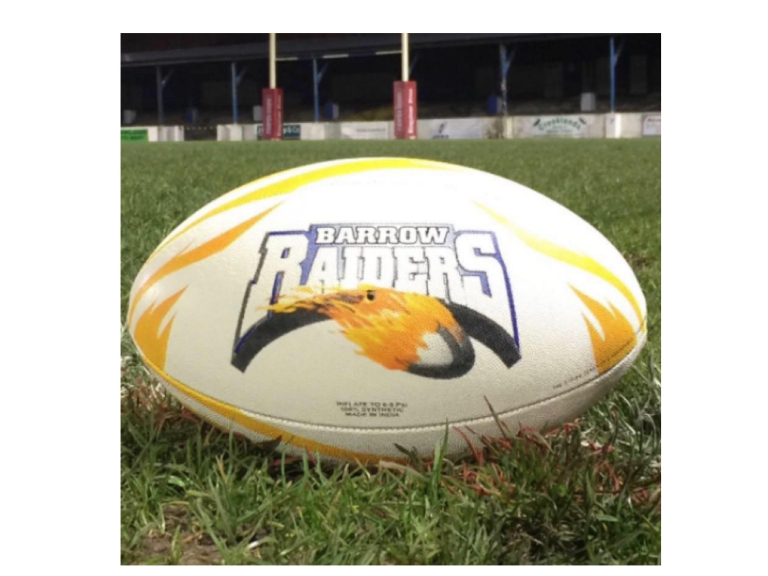 Last season was a fantastic one for all concerned at Barrow Raiders. Not only Paul Crarey’s men earn promotion to the Championship, they won the League One Cup and also reached the Challenge Cup Sixth Round where they faced Super League Leeds Rhinos.

This Friday sees the club’s annual sponsors night take place, giving you the chance to sponsor a player, plus other great sponsorship opportunities too.

CHAIRMAN David Sharpe has made a passionate plea to Barrow Raiders followers ahead of the annual sponsors night which takes place on Friday, January 12.

And he is hoping businesses and supporters share his views and dig deep at the club’s biggest off field event of the season at Barrow’s Abbey House Hotel, beginning at 7pm.

Barrow have been active in the player market during the off season and, thanks to the generosity of business sponsors and supporters, have added four quality players to an already talented squad.

The players auction is the highlight on sponsors night and new signings, Aussie duo and fellow Italian internationals, prop Alec Susino and half-back or hooker Dean Parata, along with former Whitehaven forward Glenn Riley and ex-Rochdale packman Jono Smith, are sure to be a big attraction for bidders.

All of the squad is up for grabs and those businesses and supporters who are successful at the auction will have their company or name advertised over the PA system each time the player scores or enters or leaves the field of play, they will also feature on social media and in match day programmes.

Sharpe said: “The highlight of the evening is of course the players auction where companies and supporters have the opportunity to sponsor a player.

“With promotion to the Championship it is vital we put a competitive team on the field. The generosity and support from our sponsors allows us to develop and move the club forward,” added Sharpe, who is under no illusion as to how difficult it will be compete at this higher level with rival clubs making major additions.

“Barrow Raiders is a traditional family club, and while we as directors are custodians of the club, we can only function with the help of our sponsors and supporters.

“Every penny counts and we would urge everyone to attend what will be a fantastic evening.

“The Championship is a high profile league with many Super League standard players and teams, and for the Raiders to compete we need your support and financial backing.

“Barrow Rugby League Football Club is a massive part of our town’s heritage, and if we all work together we can continue to expand and progress.”