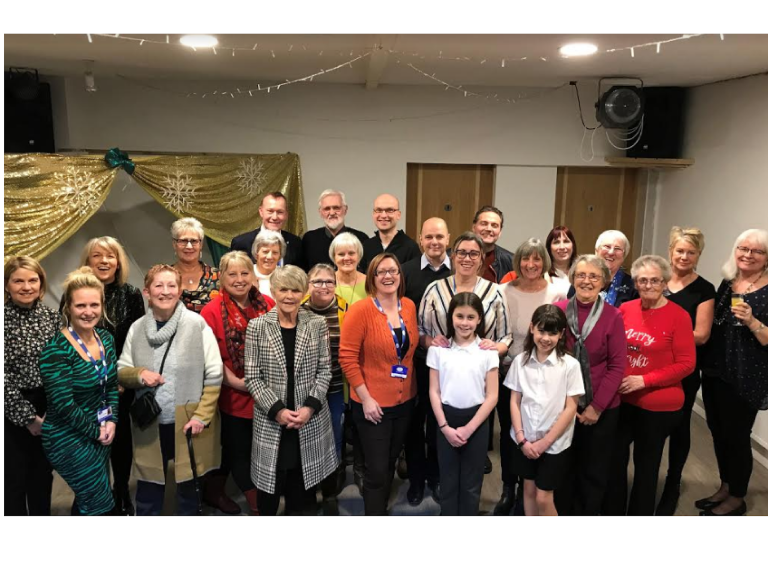 The ‘CancerCare Thank You Event’ took place at Dalton United Football Club on Thursday, December 13, and was attended by around 40 people including the Mayor of Barrow, Councillor Bill McEwan and Mayoress, Judith McEwan.

Everyone who had contributed to the success of CancerCare in Barrow and Furness over the last two years was thanked for their efforts.

Rachel Minshull, Barrow and Furness Development Officer, spoke about how the charity had started with just one client in the first month and how it had grown to help 215 people – a total of 2,400 one-to-one appointments.

Rachel said: “Very quickly we realised we had to get a building. Fortunately, the Trinity Church Centre had room. Without Trinity Church we would not be where we are now.

“We have been able to create a space that we feel is warm, comfortable, relaxing and welcoming. Trinity has been wonderful for us but we have outgrown the space and we now also see children from the age of three upwards.

“That’s why we need a bigger building with more rooms. Fingers crossed, in the New Year we will get a bigger place. We will be able to help so many more people in the Barrow and Furness area.”

Rachel encouraged everyone to share the word about CancerCare so people affected by cancer know the service is available for them.

“Just over four years ago we decided to expand our services in Barrow and Furness.

“I always believed there was a need for CancerCare in Barrow. We did a research project and got to the bottom of what Barrow and Furness people wanted CancerCare to do.

“My thanks go to Rachel, our CancerCare Lottery canvasser Beryl Gaitskell, our therapists, volunteers, supporters and to our new fundraiser, Emma Athersmith, for the excellent work they are doing, supported by a great team at our head office in Lancaster.

“We now have a centre at Trinity Church in Barrow and are delivering services in the Barrow and Furness area.

“I speak for all of the trustees when I say that we are proud of what we have achieved.

“At the end of 2018 we are hoping we will be in a position to buy our own centre in Barrow.

“We could not have got to this point without the support of local people and local businesses. We are asking everyone to spread the word about CancerCare – that’s the most important thing anyone can do.”

Andrea Partridge, CancerCare’s Volunteer and Engagement Officer, also spoke about her experiences as a breast cancer patient and shared a thank you letter from one of the charity’s clients.