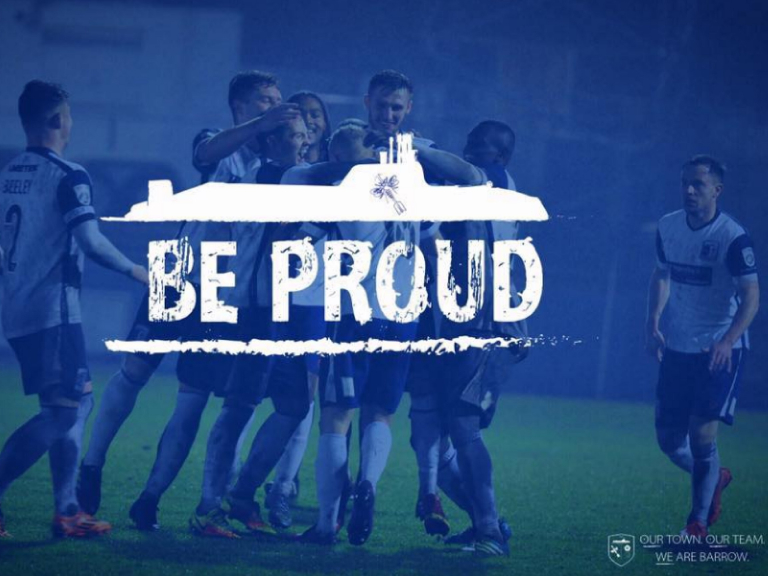 It’s been a great season for The Bluebirds, with plenty of drama, stunning goals and tremendous performances.

The team went on a record breaking 26 game unbeaten run. They also had a glorious run in the FA Cup that saw them reach the 3rd round; beating League One side Bristol Rovers in the process. When you factor in the club’s FA Trophy run, the fact that they’re just outside the play off places, and could still mathematically grab the final playoff spot (keep positive, stranger things have happened!) it’s been one heck of an eventful season – with plenty to cheer about.

To celebrate the club’s season Barrow AFC is holding its End Of Season Player Awards Dinner at The Nines on Saturday 29th April.

The evening starts at 6.30pm and is the perfect way to celebrate what’s been a fantastic season with players, management, staff and the chairman.

Tickets are just £25 and can be purchased directly from Barrow AFC reception or can be reserved by either phoning the club on 01229 666010 or by email on office@barrowafc.com