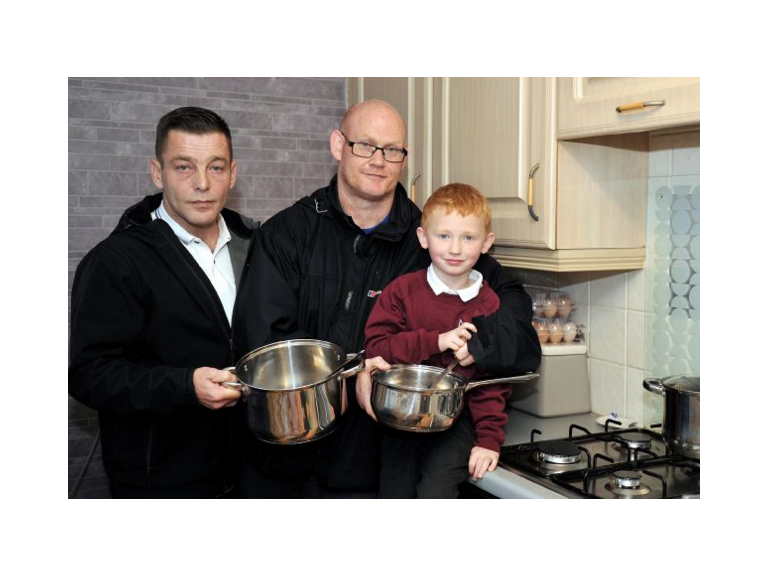 The story of Dave Clapson is a tragedy.

Mr Clapson was an ex soldier who missed an appointment at the Job Centre and had his Jobseekers Allowance axed, leaving him unable to afford to eat or pay for electricity. His death was caused by diabetic – ketoacidosis, a result of not taking his insulin. A man who served his country, died penniless and starving in his own home.

It’s 2015 for goodness sake! No-one should have to go through that, you don't expect someone living in this country to starve to death.

Mr Clapson’s story affected Barrow man John Wright so much that it led him look at how he can set up a soup kitchen in the town.

Mr Wright, a 45 year old security guard said “We should not be hearing about people starving to death in this country. People who miss appointments can be sanctioned for 3 or 6 months, and in some cases a year. You can only go to the Food Bank three times a month or every six months. It’s getting crazy. There’s no safety net”

A venture like this needs a huge amount of support, volunteers and sponsorship. A Facebook Group Barrow Soup Kitchen has been set up, looking for people to help in any way they can.

First on the agenda is finding a suitable building with a kitchen that they could use for free, or to just cover costs.

If you can help, in any way please message John, or Anthony through the Barrow Soup Kitchen Facebook page https://www.facebook.com/groups/920670234636088/?fref=ts