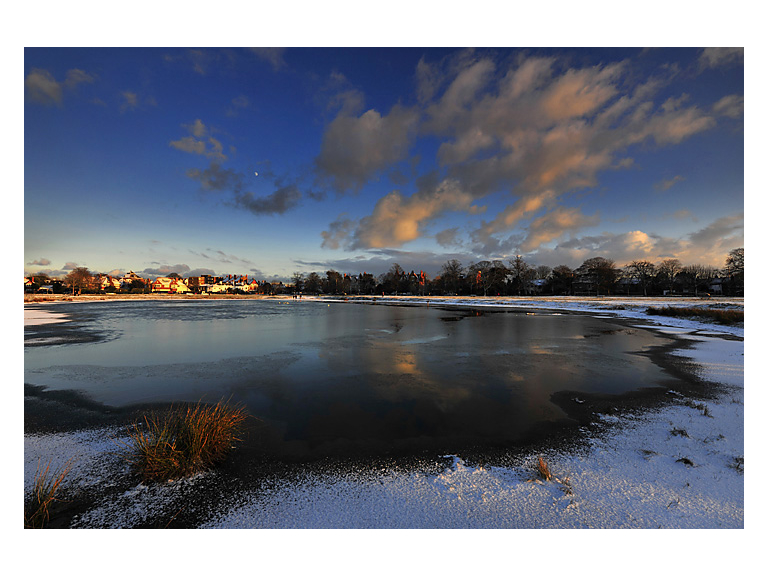 Wimbledon Common is a marvellous natural resource to be enjoyed, appreciated and respected. Although busy in the summer, during the quieter winter months the Common is somewhere to visit for a chance to recharge the batteries and appreciate the local flora and fauna.
So pull your wellies on, pack a rainproof mac (just in case) and walk a little lightly – you never know what you might see!
Amongst the mammals, you’re bound to spot a few grey squirrels. Some folk really don’t like grey squirrels, calling them rats with tails, but they can be very entertaining to watch. If you’re on the Common very early, keep your eyes open for a signature orange flash - although foxes, too, have garnered a bad reputation as an urban pest, the sight of a fox in the morning mist can be very uplifting.
It’s unlikely that you’ll see a badger, although they have been seen, but sit quietly near the undergrowth and a weasel or stoat may wriggle its way across your field of vision. Other mammals you may come across are rabbits, mice and voles. Around some of the ponds you might be lucky enough to glimpse a water vole – these are very shy and elusive creatures.
Of the nine ponds (meres) each has its own character and sometimes its own community! Koi carp can be identified in Rushmere, put there by a member of the public some years ago, and still surviving. Other fish in the ponds include grass carp (useful for keeping the weeds down), perch, bream and tench. The ponds also provide homes for frogs, toads and newts, as well as attracting birdlife.
Along with the released koi carp, the Common gives safe haven to other domesticated creatures that have escaped or been abandoned, including cats and caged birds. There’s probably not a lot you can do for feral cats, by the way. The RSPCA generally recommends leaving them be.
If you visit the Common at dusk, you may see bats – there are seven or eight varieties. You may also be fortunate in seeing an owl, or at the very least, hearing one. Tawny, short-eared and little owls have all been spotted on the Common.
Getting a little closer to nature gives you time to breathe and to reflect. Wimbledon Common in winter is a great place to go for some much-needed downtime!
For more information on Wimbledon Common then visit this excellent and informative website http://www.wpcc.org.uk/
Main picture: Patrick Steel
More