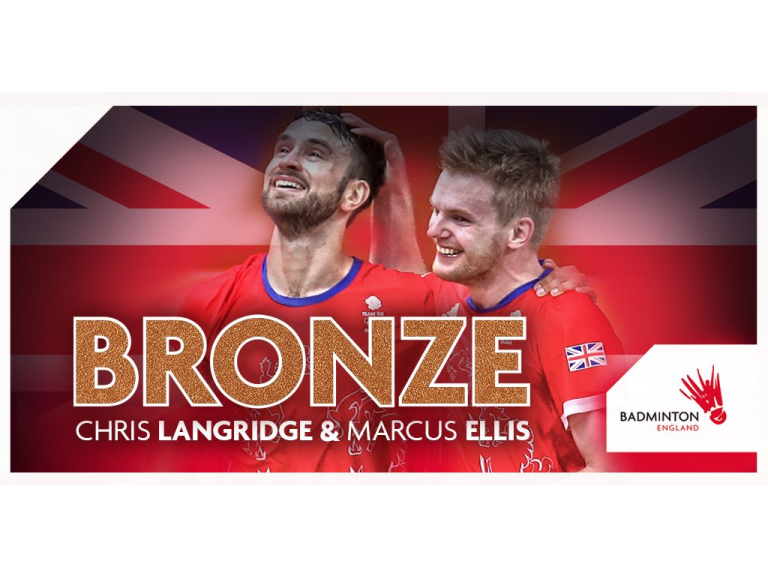 The Brits had already exceeded expectations having arrived in Rio ranked 22nd in the world, claiming the scalps of the third and eighth ranked pairs.

But they wanted more, especially after a semi-final loss to China’s Fu Haifengand Zhang Nan, both gold medallists at London 2012.

And against China’s Chai Biao and Hong Wei they got their deserved reward to win Britain’s first Olympic badminton medal since Nathan Robertson andGail Emms claimed mixed doubles silver in 2004.

“On the day we are dangerous, we knew that,” said Langridge, who admitted playing 24 tournaments in 12 months, just to qualify for Rio, had left the pair drained.

“We believe we are good and you have to have that self-belief to achieve things. We know that most of the time, when we play, the pressure is on our opponents because they are higher ranked.

Chris was a member of the Junior Badminton section here at WR&FC before he was talent spotted and moved to the National Centre in Milton Keynes. A great reflection on our PC which is currently no1 in the country!