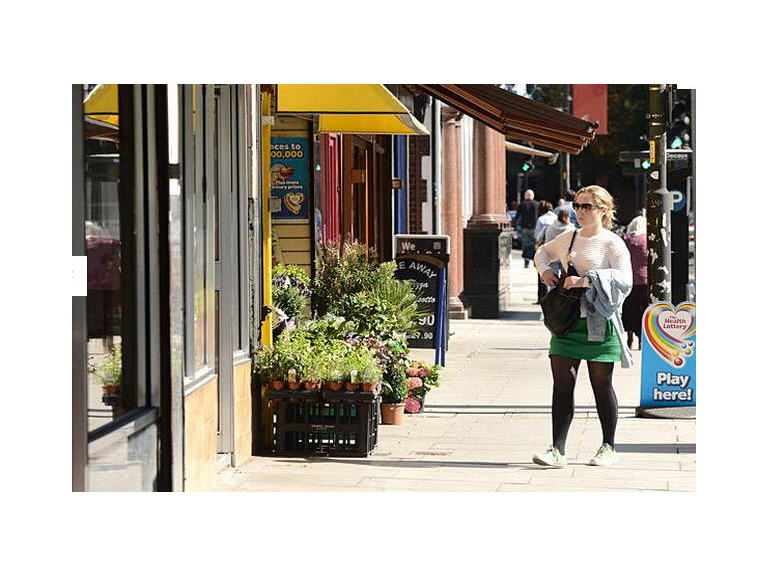 The suburbs are battling back against the rising tide of high street closures — with Raynes Park, a south-west London neighbourhood, at the forefront.
A new report shows that while one in seven shops is currently empty across Britain, in London nine out of 10 are open for business.
The capital is the only area where the number of empty shops has fallen in the last year, by just over half a per cent. In every other region the number is on the rise.
London’s best-performing high street was Raynes Park, near Wimbledon, with less than two per cent of stores currently unoccupied. This is 10 per cent up on last year, according to the study by the Local Data Company.
Richard Webb, manager of Ellisons estate agents in Raynes Park, said: “The high street has really been smartening up its act in the last couple of years. It used to be mostly corner shops and charity shops, and we were very much the little brother of Wimbledon. But the area has started to become really popular with parents because of its good schools and transport links, and I think that has had an impact.
“We have now got a Waitrose, a couple of coffee shops, and the independent shops have been around a long time and are very well established.”
Mr Webb estimates house prices in the area have risen by seven to 10 per cent this year, with a two-bedroom flat selling from about £275,000, and a four-bedroom house costing about £825,000.
Other booming high streets include Mill Hill and East Finchley, with 97 per cent of their shops open for business. East Finchley’s performance has improved by almost five per cent in the last year.
Other strong performers include Kingsbury, Burnt Oak, South Woodford, Blackheath, Hayes, and Barkingside.
More than 95 per cent of high street shops in these areas are in use. The only central London thoroughfare in the top 10 is St John’s Wood, with an occupancy rate of more than 96 per cent.
The worst-performing high streets were Wandsworth, with a vacancy rate of 29 per cent, North Cheam, with 26 per cent of premises empty, and Lee Green, where around a quarter of the shops are shut.
Researchers visited more than 500 high streets across Britain for the study. They blamed the growing popularity of online shopping and low levels of consumer spending for decimating some local retail centres.
Article courtesy of The London Evening Standard
14 September 2012
Picture: Jeremy Selwyn
More