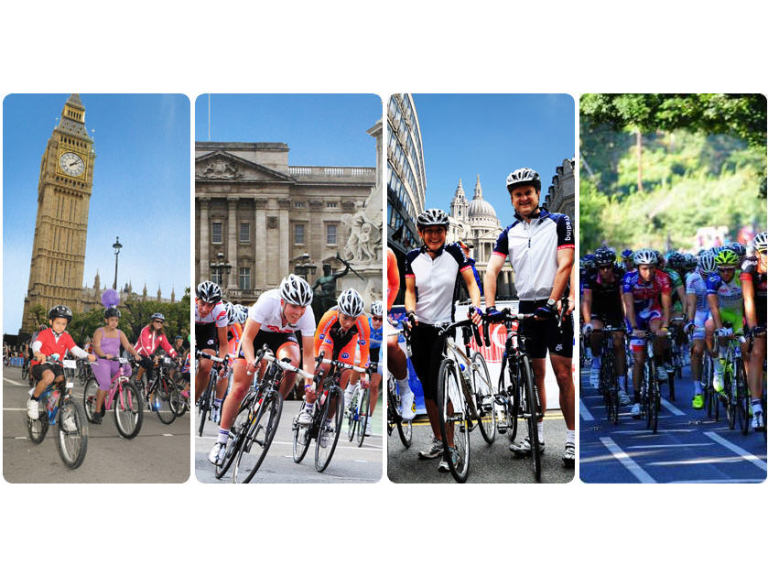 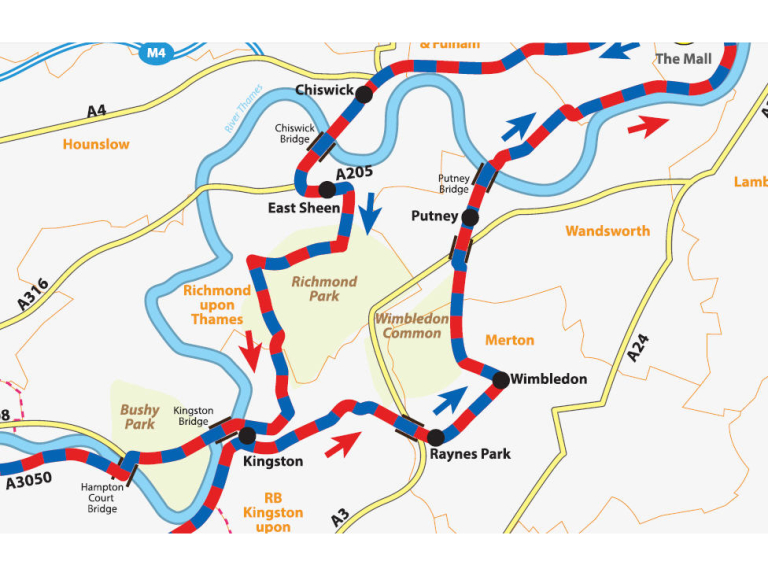 Be part of Britain’s biggest bike festival at the Prudential RideLondon FreeCycle on Saturday, 3rd August 2013.
This event will be part of the largest mass-participation celebration of cycling the capital has ever seen. Everyone will be welcome, no matter what their age or ability. Whether new to cycling or a life-long fan of two-wheeled travel, Prudential RideLondon FreeCycle will offer a unique opportunity to be one of thousands of cyclists experiencing the fun and freedom of riding through London on traffic-free streets.
Aimed at cyclists of all ages and abilities, Prudential RideLondon FreeCycle is guaranteed to be a lively day out. The event will demonstrate that cycling can be fun and a great route to a healthy, active lifestyle as well as helping the environment.
Prudential RideLondon FreeCycle will sweep through central London’s streets on an eight-mile traffic-free loop. Cyclists will be able to cycle the course at any pace and as many times as they like with the ability to stop off en route to enjoy a range of bike-based entertainment and activities.
Up to 70,000 people are expected to take to London’s streets for the Prudential RideLondon FreeCycle. The event is free to enter and is open to everyone, no matter what their age or cycling ability. Having registered online for free, participants will be sent an official Prudential RideLondon FreeCycle tabard.
There will be plenty of opportunities to take in London’s most iconic sights on a leisurely ride along a unique eight-mile route. From Tower Bridge to Buckingham Palace and the Houses of Parliament, London’s greatest sights will create an inspiring backdrop for a memorable day of cycling.
Throughout the weekend there will also be cycling-related activities to enjoy at Queen Elizabeth Olympic Park. There will be something for everyone, from novices keen to learn about cycling for the first time, to keen amateur cyclists lining up to see the world’s best riders prepare for the start of the Prudential RideLondon-Surrey Classic.
And Merton residents will see one of the major attractions up close and personal, as they will be able to line the streets of Wimbledon and Raynes Park to get a glimpse of the cyclists taking part in the RideLondon cycle event as it races through the borough on Sunday 4 August 2013.
The peloton will pass through Merton on the return leg from the Surrey Hills, after cyclists have already travelled from the Olympic stadium, out to Surrey before heading back to the finish line at the Mall via Raynes Park and the last incline of the race, up Wimbledon Hill towards Wimbledon common.
Cabinet Member for Community and Culture, Councillor Nick Draper: "Not only is it great to be part of an Olympic legacy event, but the race will come through the borough every year and be a permanant fixture in the London and Merton sporting calendar and at no extra cost to the council. I hope that this event will inspire the Merton community to start cycling. We have many beautiful open spaces and cycle lanes on our road network for keen cyclists to use and we also have a fantastic road safety team who arrange cycling proficiency tests for year 6 children, so the building blocks are there to get people out cycling."
For more details about the RideLondon event including the route visit their website:
www.prudentialridelondon.co.uk
More