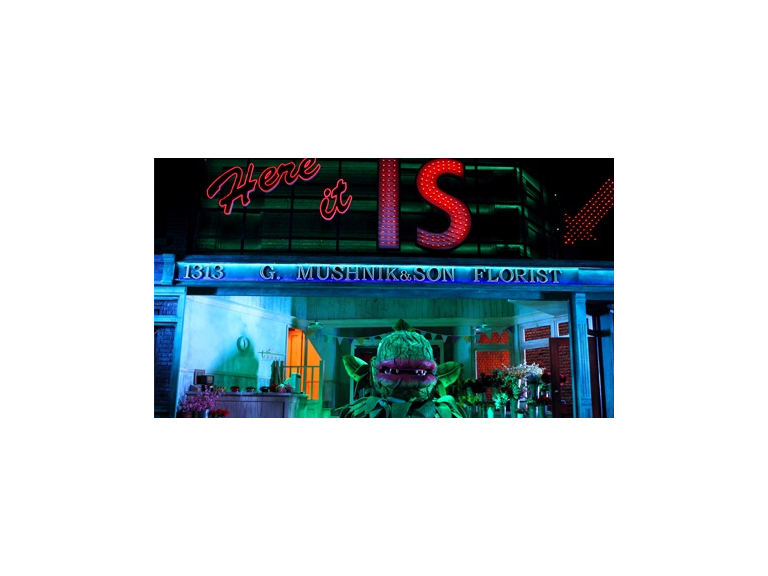 With Rhydian as The Dentist, Orin Scrivello

A charming, kooky and hilarious 1950s musical comedy, Little Shop of Horrors tells the story of Seymour, the assistant at Mushnik's Flower Shop in downtrodden Skid Row, who becomes an overnight sensation when he discovers a strange and exotic plant. He names it Audrey Two in order to impress glamorous Audrey, the shop assistant he’s secretly in love with. But Audrey Two has a mind of its own, and soon grows into a bad-tempered, foul-mouthed carnivore with an appetite that can’t be satisfied. Seymour must keep the meals coming to stop his prized plant from wilting, but how far is he willing to go to get the girl of his dreams?

Rhydian will play sadistic dentist Orin Scrivello. Rhydian rose to fame as a runaway success on ITV’s X Factor and has sold in excess of a million albums worldwide. He has released 6 albums and duetted and performed with some of the biggest names in the music industry including Michael Bublé, Taylor Swift, Enrique Iglesias, Celine Dion and Nicole Scherzinger. Rhydian’s many theatre credits include Grease, We Will Rock You, The War Of The Worlds, Jesus Christ Superstar and the 40th Anniversary Tour of The Rocky Horror Show. Rhydian has just completed his third solo UK tour and is a Classical Brit Award nominee.

Rhydian says;
“To be a part of this iconic show playing such a fantastic role is going to be the reason I get up in the morning. It promises to be momentous! I'm going to enjoy every second.” 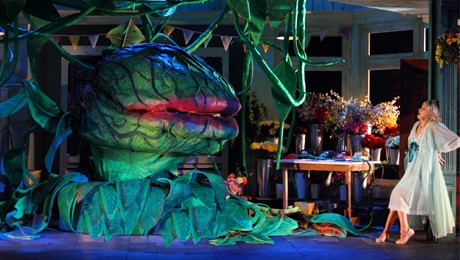 Little Shop of Horrors originally opened Off-Off-Broadway in 1982 before moving to the Orpheum Theatre Off-Broadway later that year, where it ran for five years and won numerous awards including the New York Drama Critics Circle Award for Best Musical and the Drama Desk Award for Outstanding Musical. It opened in the West End the following year, and in 1986 was adapted into the now iconic cult film starring Rick Moranis, Ellen Greene and Steve Martin. Other notable stage productions include the 2006 London revival at the Menier Chocolate Factory and in the West End, starring Sheridan Smith as Audrey.

Little Shop of Horrors features music by legendary composer Alan Menken, best known for his iconic Walt Disney film scores including The Little Mermaid, Beauty and the Beast, Aladdin, and Pocahontas, all of which have earned him Academy Awards.

Little Shop of Horrors is directed by Tara Wilkinson, who is Associate Director of Motown the Musical in the West End. Other recent credits include Associate Director of Memphis and Sunday in the Park With George, also in the West End. It is presented by Sell a Door Theatre Company and Damien Tracey Productions. Sell a Door Theatre Company have previously toured critically acclaimed productions of Avenue Q, The History Boys, American Idiot and Seussical the Musical.