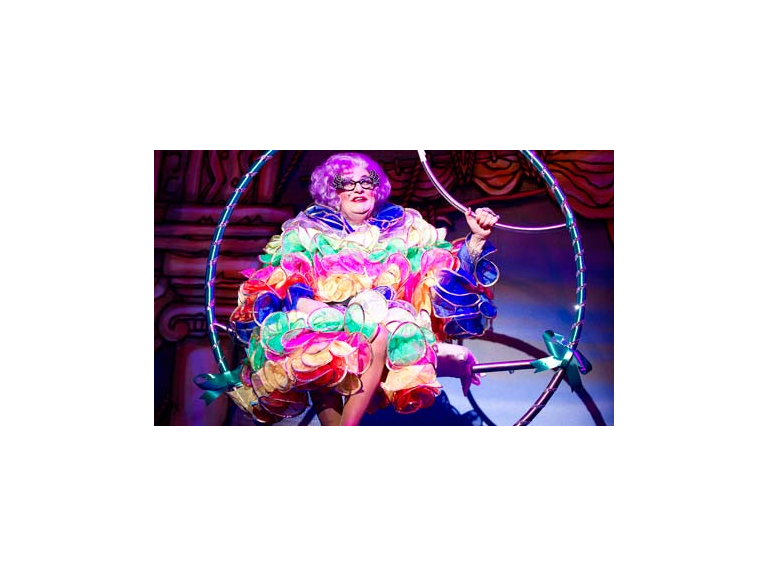 As the panto season approaches, we reflect on the role of the pantomime Dame – after all, what would a pantomime be without a Dame, or two? Answer: “Rubbish!”
Pantomime as a genre has been around for a long time, but the cross-dressing Dame was not seen until the 19th Century – perhaps the first occasion was when the famous English clown, Joe Grimaldi took the part of the wife of the Baron in a version of the Cinderella story. Joe was known for his catchphrases, such as “Oh, for shame!” - said to his audience when they finished off a rude song for him.
It took around five more decades for the pantomime Dame to become a true tradition. With the rise of Music Halls, a new generation of performers came along who seemed all too eager to change gender for panto, including Dan Leno and Herbert Campbell.
In the 1940s and 50s, Variety Show star Arthur Askey took on the mantle of Dame: Big Hearted Arthur became Big Hearted Martha. Arthur used virtually no make-up and simple costuming – it was his personality that stole the show!
Double trouble came with John Inman and Barry Howard, an existing comedy partnership that became a well-known pair of Ugly Sisters and, later, Dames in their own right.
Les Dawson was known for his female impressions on his TV shows and transposed ‘Ada’ to panto to great success. He appeared in Wimbledon with Rula Lenska in a hugely successful version of Dick Whittington.
These days a major draw is the celebrity Dame – everyone, from Craig Revel Horwood to Christopher Biggins will don a dress during the panto season, it seems!
Dames are integral to panto – reviews of Peter Pan at the New Wimbledon Theatre in 2010 queried the lack of a Dame, although Paul O’Grady’s genie was well received. In 2011, however, the fabulous Dame Edna made her pantomime debut as the ‘Saviour of London’ in Dick Whittington– “I’m doing panto, possums!”
For many families, a trip to the pantomime is a Christmas tradition. You’re never too old to shout ‘Behind you!’ or sing along to corny songs – it’s a great way to embarrass your children.
Now, having just given the panto Dame the big sell, this year's pantomime at the New Wimbledon Theatre doesn't actually have a panto Dame... but does instead have a stellar wicked leading lady.
The New Wimbledon Theatre - The Home of London Pantomime - will stage Snow White and the Seven Dwarfs and will be host to the actress Priscilla Presley making her pantomime and London stage debut as The Wicked Queen, joined by film and TV star Warwick Davis as Prof and funny man Jarred Christmas who also makes his pantomime debut as Herman the Henchman.
Date:   Friday 7 December 2012 to Sunday 13 January 2013
Ticket Price:   £10 - £29.50 (premium seats available)
Book online: http://www.atgtickets.com/wimbledon
Telephone Booking:   0844 871 7646
Groups Bookings:   0844 871 7696
Access Bookings:   0844 871 7677
More