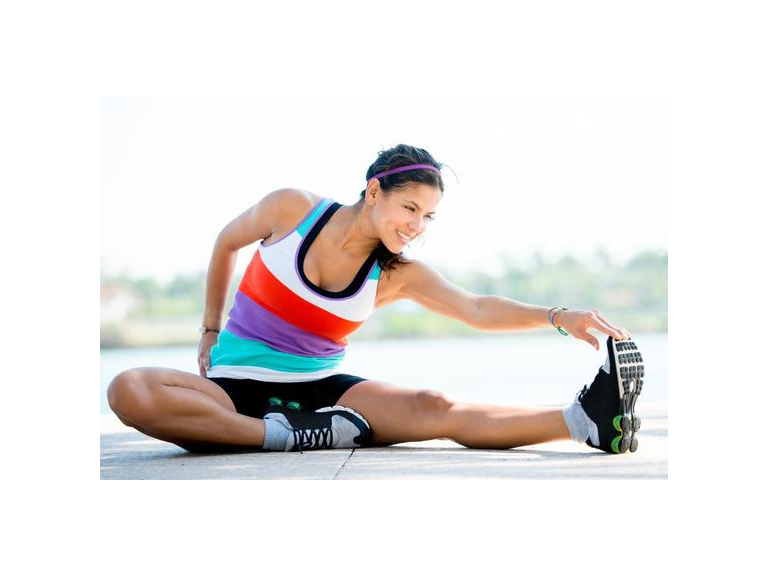 We've all been there. You're on the train, walking to the shops, or conveniently tucking into a chocolate bar, when the perfect specimen of a human being jogs past you. You think to yourself - 'I wish I had their dedication, I wish I was as fit as them... But I love chocolate'.

Good news! Chocolate isn't all so bad if you have it in small quantities. So really, there's no excuse, is there? Don't get us wrong, we definitely aren't fitness fanatics, but we found out that exercise has amazing benefits that stretch far beyond your waistline.

In fact, exercise has SO many benefits that we're wondering why we aren't at the gym RIGHT NOW. Maybe this will help you to put down the chocolate and take a look at what your local gym has to offer you, too...

1. Exercise reduces stress. OK, this one maybe you already knew. Working up a sweat can help manage physical and mental stress. Bad day at work? Just pound the pavement or jump on a rowing machine. You'll thank us later!

2. Exercise boosts happy chemicals. I hear you - 'happy chemicals? Are they having a laugh?'. Nope, we're deadly serious! Huge amounts of endorphins are released while you exercise which creates feelings of happiness and euphoria, so we've heard. It may feel like you're dying immediately after running on a treadmill, but in no time you'll be happy as larry. Really!

3. Improve self-confidence. This may seem obvious, but the more you exercise, it's more likely you'll be fitter and look great. Let's face it, there's nothing more confidence-boosting than looking and feeling amazing.

4. Prevent cognitive decline. This one's a little unpleasant, but it's true. As we get older, our brains get a little hazy. Aging and degenerative diseases like Alzheimer's kill off brain cells, which means we can lose many important rain functions. While exercise can't cure Alzheimer's, it can help boost the chemicals in the brain that support and prevent degeneration. Probably best to start exercising before you forget where the gym is!

5. Alleviate anxiety. Pop quiz: which is better at relieving anxiety - a warm bubble bath or a 20-minute jog? Yep, you guessed it, it's the jog. Those happy chemicals we discussed earlier really have SO many benefits, including helping anxious people become calmer. Phew!

6. Boost brainpower. Studies suggest that a tough workout increases levels of a brain-protein (known as BDNF) in the body, believed to help with decision making, higher thinking and learning.

7. Control addiction. The brain releases dopamine, AKA 'the reward chemical' in response to any form of pleasure, be that exercise, sex, drugs, alcohol or food. By releasing the same chemical, exercise can help hugely in distracting drug or alcohol addicts, making them de-prioritise cravings in the short-term.

8. Tap into creativity. Most people end a tough workout with a hot shower, but maybe we should be breaking out the waterpaints instead. A heart-pumping gym sessions can boost creativity for up to two-hours afterwards, especially if you're exercising outdoors.

If you've been inspired by these alternative benefits of exercise, why not take the plunge and join a gym? It won't hurt!

Wimbledon Racquets & Fitness Club have a state-of-the-art gym and a number of squash and badminton courts. Their central location makes for an easy stroll from Wimbledon station, and their membership offers are hard to resist. Take a look at their website here www.wimbledonclub.co.uk or give them a call on 020 8947 5806 to find out more.