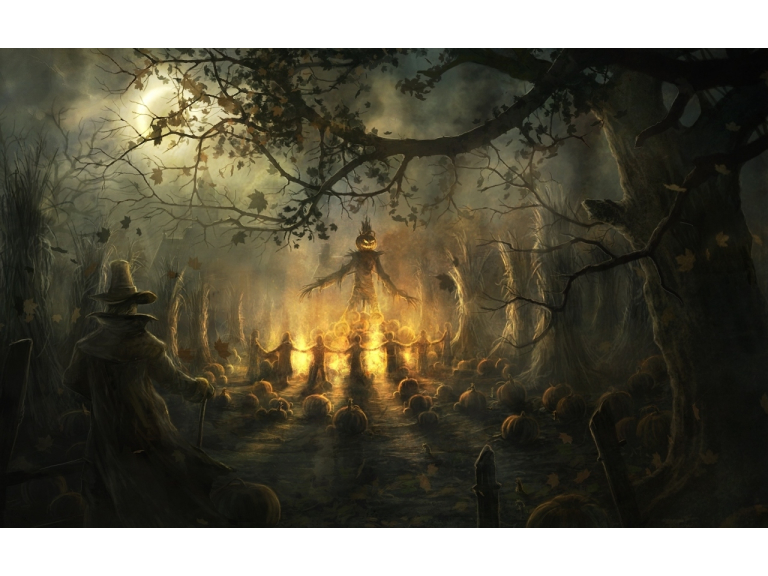 Halloween is a holiday annually celebrated on 31st October. The word ‘Halloween’ derives from the term ‘All Hallows Eve’ as, historically, the 31st October is the day before All Saint’s Day.
These days – when the vast majority of modern society is not typically all spiritual – Halloween has become a time for some fun and dressing up. Some people hold Halloween parties on or around this date, where the hosts and guests often dress up as skeletons, ghosts or other scary figures. We all recognised common symbols of Halloween, including pumpkins, bats, spiders, webs and all ghoul-related manifestations.
So, what do people do?
Halloween celebrations in the United Kingdom include parties where guests arrive in an array of fancy dress costumes, preferably of a scary or ghoulish nature to reflect the theme of the day. Other people – mainly adults – choose a less troublesome way to mark the event, gathering together to watch horror films, either at home or at a cinema.
A main feature of Halloween however is when children go trick-or-treating throughout their neighbourhood. The children dress up and go to other peoples' houses, knocking on the door expecting a lovely treat of sweets or a snack. When the ‘treats’ aren’t forthcoming then the home owners may be tricked with a joke or prank instead.
Halloween has its origins in pagan festivals in England, Scotland, Wales and Ireland. Many shops and businesses see Halloween as a chance to promote products with a Halloween theme.
Public life
Halloween isn’t a bank holiday in the United Kingdom and so all schools, businesses, shops and other organizations are open as usual. Public transport services run on their normal timetables. This is a way makes the evening’s events all the more special and fun!
Background
Halloween has its origins in pagan festivals held around the end of October in England, Wales, Scotland and Ireland. People believed that, at this time of year, the spirits of dead people could come 'alive' and walk among the living. They thought that it was important to dress up in costumes when venturing outside, to avoid being harmed by the spirits. This may be the origin of the Halloween costumes seen today. In Puritan times, Halloween celebrations were outlawed, but they were revived in later times.
Halloween used to be called All Hallows Eve, or the day before All Saints' Day, observed on November 1. Halloween is also known as Nut-crack Night, Thump-the-door Night or Apple and Candle Night. Some people call Halloween Bob Apple Night or Duck Apple Night, which derives from a traditional game played at this time of year and known as 'apple bobbing' or 'apple ducking'.
Some people believe that apple bobbing is a reminder of the way women accused of witchcraft in the middle ages were tried. They were tied to a chair and repeatedly ducked into a river or pond. If a woman drowned, she was declared innocent. If she survived, she was declared a witch and burnt at the stake. Others think that apple bobbing is a way for young people to predict who they will marry or whether their partner is faithful.
Some aspects of the modern Halloween celebrations, such as carving lanterns out of vegetables – especially pumpkins and gourds – originated long ago. Others were introduced more recently, often as a form of commercial promotion. Many customs originated in the United States and have travelled back to the United Kingdom.
Symbols
There are various symbols associated with Halloween, especially the colours orange and black – what came first, the colour orange or orange pumpkins? Answers on a postcard please. Other symbols include pumpkin lanterns, witches, wizards, ghosts, spirits and characters from horror films. Animals associated with the festival include bats, spiders and black cats.
There are some great websites to find out what is happening in London this Halloween. Have a browse around these:
Halloween in London – Spooky Ideas
Halloween Events in London
Halloween for Kids in London
Top 10 Halloween events for families
Best costume and fancy dress shop – Party Superstores
More