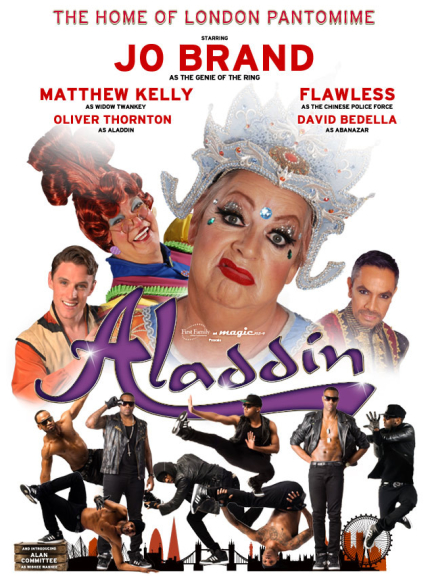 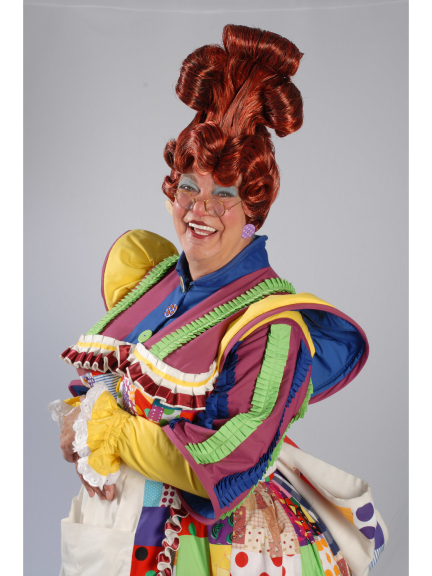 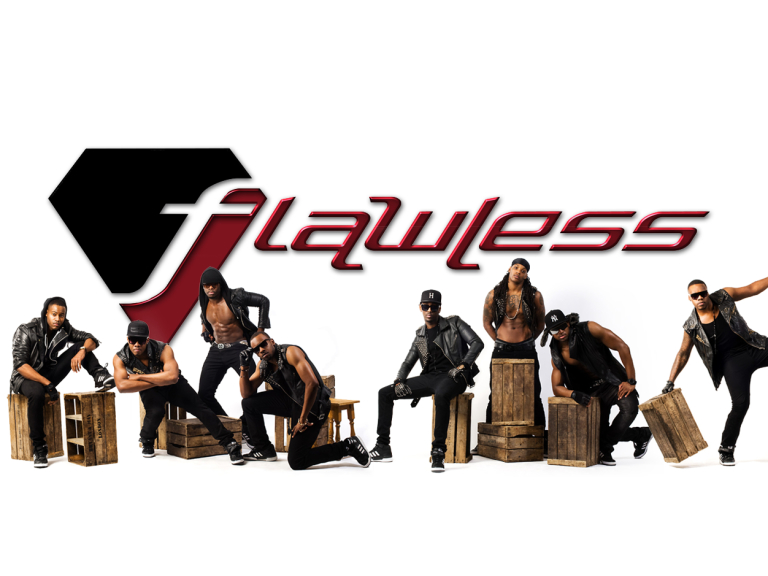 The Home of London Pantomime will be host to BAFTA-winning comedienne, writer and actress Jo Brand who will be making her pantomime debut as the Genie of the Ring.

Jo will be joined by Street Dancers Flawless as the Peking Police Force, and Olivier Award winning actor and television presenter Matthew Kelly as Widow Twanky.

We are also thrilled to announce that the cast will be joined by two renowned West End Musical Theatre stars; Oliver Thornton (Priscilla Queen Of the Desert, Starlight Express, The Rocky Horror Show) will play the title role of Aladdin, and Olivier Award winning actor David Bedella (Jerry Springer – The Opera, The Rocky Horror Show) will play Abanazar.

Jo Brand said: “I’m very much looking forward to doing my first panto, although I would have preferred Cinderella because I realise that I am a role model for many glamorous young women”.

Flawless are the best Street Dancers in the world (crowned World Champions in 2006). They were the stars of Britain’s Got Talent in 2009.

Matthew Kelly is most widely known for presenting Stars In Their Eyes. As an award winning actor, TV credits include Dickens' Bleak House and a starring role in the crime thriller series Cold Blood.

Oliver Thornton is best known for creating the West End role of Felicia in Priscilla Queen of the Desert and most recently Frank ‘n’ Furter in the 40th Anniversary Tour of The Rocky Horror Show.

David Bedella won an Olivier Award for his role as Satan in Jerry Springer - The Opera. He is also revered for playing Frank ‘n’ Furter in the 2006/2007 UK tour of Richard O'Brien's The Rocky Horror Show.

Aladdin is a magical carpet ride of a pantomime guaranteed to delight audiences of all ages. Rub the magic lamp, enter the cave of wonders and be transported to this fun fairytale world.

With stunning sets, glittering costumes, wonderful songs and dazzling dancing that audiences have come to expect from our pantomime – topped off with laughter and audience participation aplenty!

Make tickets to Aladdin on of your three wishes for Christmas 2013.