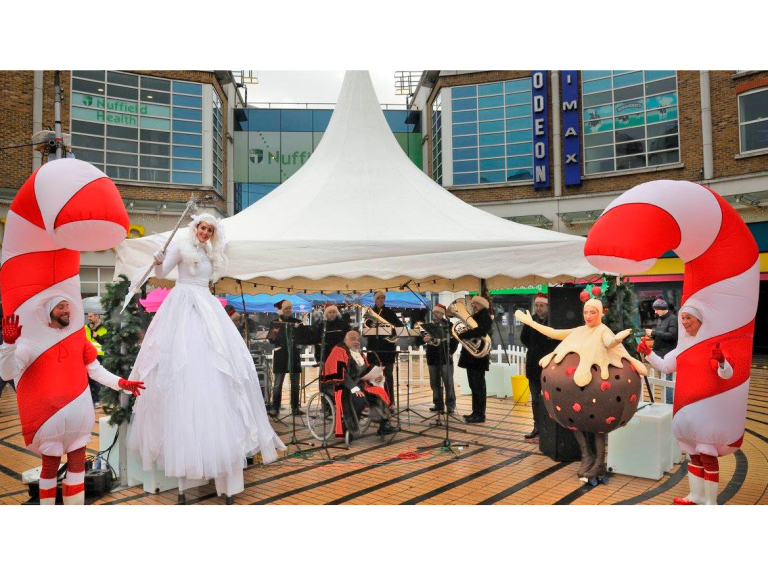 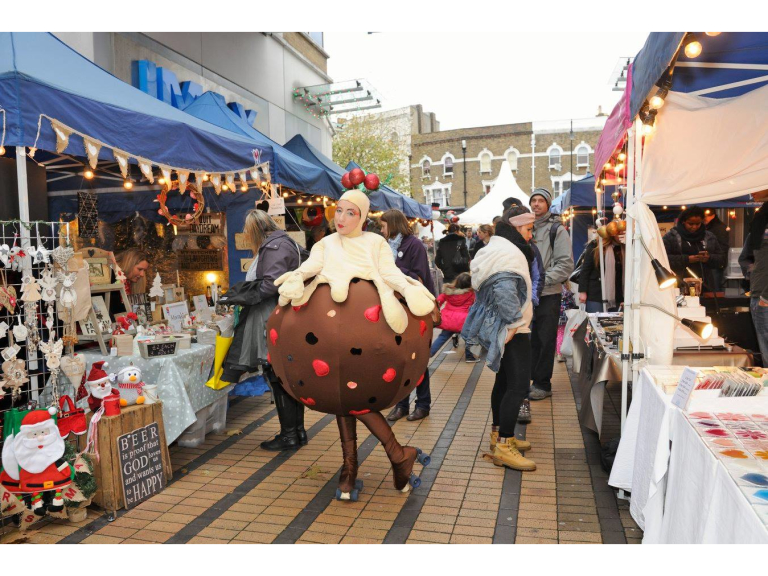 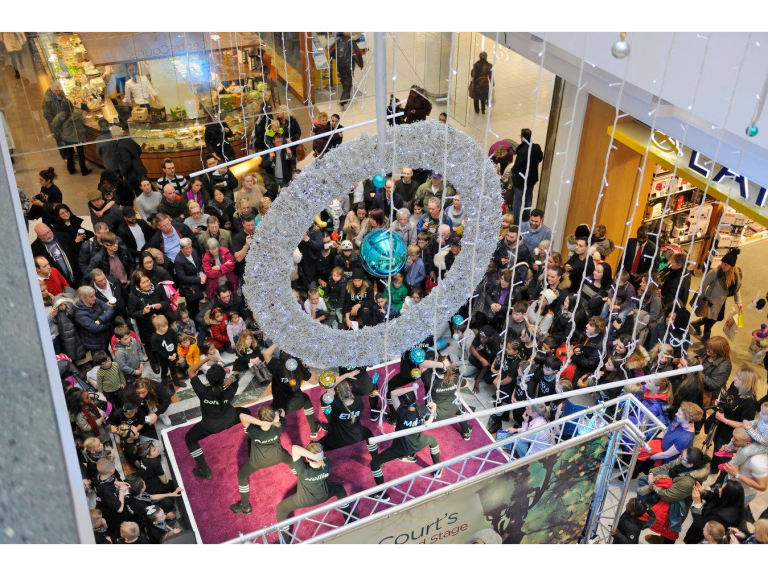 Shrek from New Wimbledon Theatre’s appeared to the delight of many and a giant stilt walking snowmen, fairies and a roller skating Christmas pudding brought the magic of Christmas to Wimbledon. New this year was the 'magical marquee' area which provided a covered area for families to sit, enjoy hot food and take in all the magic!

Sally Warren, from Love Wimbledon commented, ‘The event this year was all about families from the local area. We created places to relax, enjoy and take in the Christmas music, feel and entertainment. Not having a large main stage on The Broadway was a decision made by Love Wimbledon so that the flow ran well and the experience was enjoyable for all. We’ve had lots of comments on the relaxed and festive feel it had’.

Family photos took place within a giant snow globe and market stalls sold festive presents and foods, mulled wine and roasted chestnuts, as well as a popcorn stand and candyfloss. Elys department store got into the Christmas spirit also with festive activity and entertainment on every floor. Centre Court Shopping hosted a stage with fantastic performances all day.