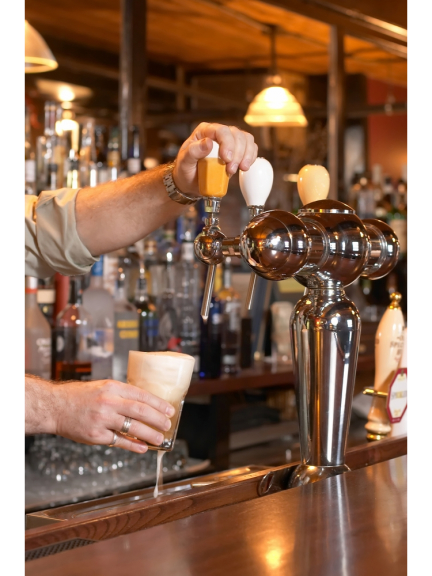 The Campaign for Real Ale (CAMRA) is calling on the Government to protect the beer and pub sector across the UK and locally in Telford. One way public houses, like The Huntsman of Little Wenlock, would be helped is by a freeze in beer duty in the upcoming Autumn Statement. Additional support to the UK beer industry would be for the government to consider a further cut in next year’s Budget.

CAMRA is concerned the effects of the beer duty escalator from 2008-2013, which led to thousands of pub closures and job losses, continue to be felt across the sector - particularly during these uncertain economic times. With pub closures currently at 21 per week and off-trade sales of beer overtaking on-trade sales for the first time in 2015, further measures are needed to support the UK pub and beer sector.

CAMRA is also calling for a fairer deal for pubs on business rates.

Colin Valentine, CAMRA National Chairman said: “UK pubs and breweries are facing a great deal of uncertainty in these times of economic uncertainty . Pubs in particular are facing significant cost burdens, including business rates, pension auto enrolment and increases to the national living wage. Coupled with UK beer drinkers paying significantly higher duty on their pint than other leading beer drinking nations, at 52.2p on the pint, we are seeing a significant shift from people drinking in pubs to people drinking at home.”

“Pubs provide a safe, social environment to consume alcohol and in many cases act as the hub to the local community. They can have a huge impact on a person’s well-being and can help individuals make friends and build networks. Their continued existence, and the valued role that they play in society, should remain a priority for this Government.”

CAMRA, the Campaign for Real Ale, is a not-for-profit consumer group with over 183,000 members that has been operating since 1971. Our vision is to have quality real ale and thriving pubs in every community.