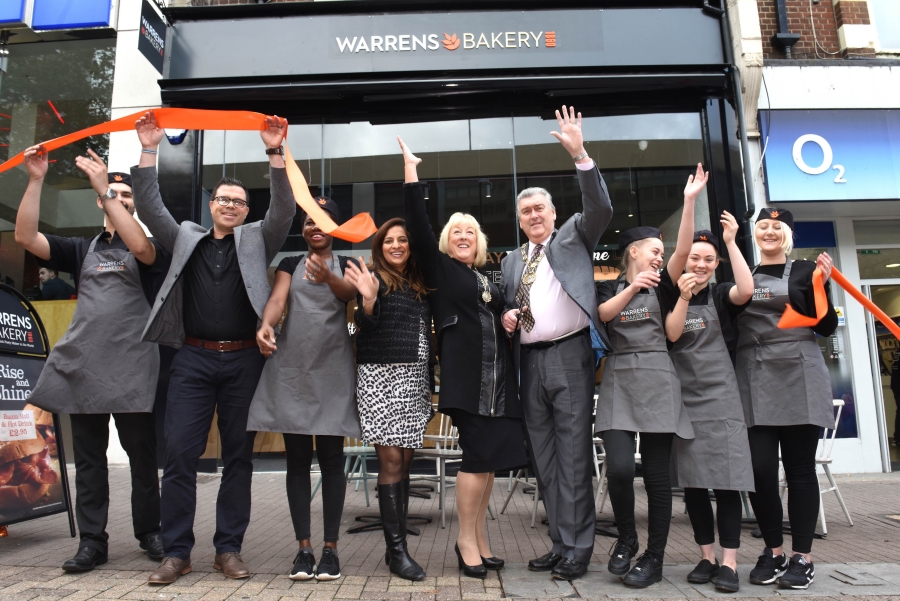 Welcoming over 1,000 customers through its doors in just the first few days, the UK’s leading craft bakery Warrens Bakery, has opened its newest store in Sutton.  Located at 89 on the High Street, the Sutton bakery was officially opened by The Mayor and Mayoress of Sutton, Councillor Steve Cook and Mrs Pauline Cook on Thursday 18th October and has created eight new jobs.

As the oldest Cornish pasty maker in the world and a proud guardian of the Cornish pasty, it’s no surprise their iconic medium steak pasty has been their most popular bake in Sutton so far.  In just the store’s first four days nearly 500 of the Cornish specialities were sold.  The new Sutton bakery not only boasts their famous range of pasties which are perfect for those on-the-go, but also tasty breakfast goods, a delicious range of breads, freshly made sandwiches and hot and cold drinks.  With its comfortable seating area it’s perfect for shoppers, providing somewhere to take a break, sit down and relax and also offers a takeaway service too.

Commenting on officially opening the bakery, The Worshipful the Mayor of the London Borough of Sutton Councillor Steve Cook said:  "I was delighted to attend the opening of the new Warrens Bakery in Sutton.  I wish the management and staff all the very best for the future."

"We are very excited to bring Warrens Bakery to Sutton.  The local community has given us a very warm welcome and we’re delighted to be offering traditional, home baked products which are crafted using traditional recipes and techniques which have been passed down from generation to generation” said franchisees Faisal and Nazma Jamal.  They continued: “Our new store showcases a vast assortment of artisan breads, fresh sandwiches, sweet treats and Cornwall’s finest traditional saffron cakes and other regional specialty products.” 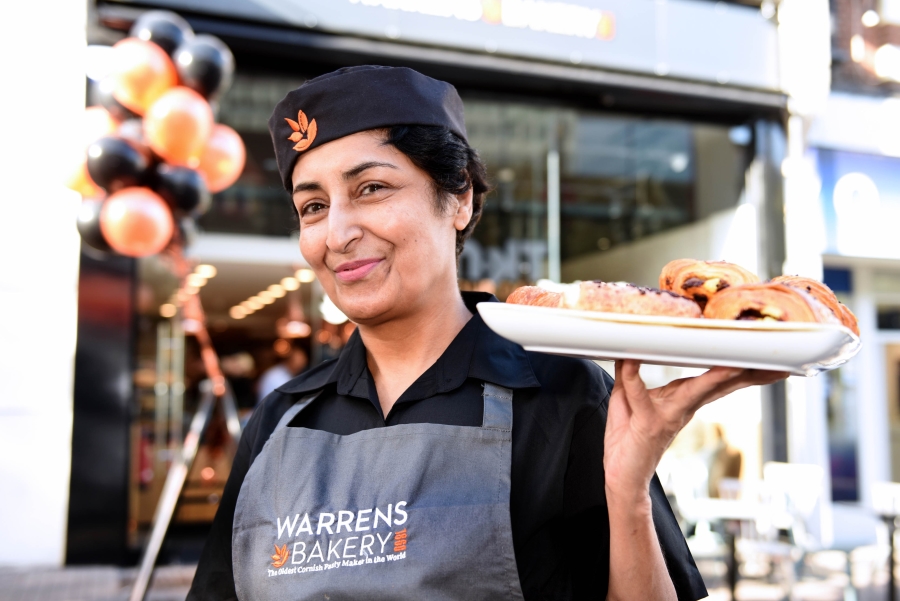 Carl Mortimer, London Franchise Operations Manager at Warrens Bakery added: “We’re delighted to be supporting Faisal and Nazma Jamal open their third Warrens Bakery, adding to their existing stores in Northcote Road and Kingston upon Thames.  We’re thrilled the bakery has been so well received by local residents and shoppers and have had some fantastic feedback and comments already.”

Warrens Bakery has over 70 stores throughout England and Wales with the Sutton store the seventh to open in London and Surrey, other stores include Harrow, Wembley, Ealing, Northcote Road, Kingston upon Thames and most recently Redhill.
Established in 1860, Warrens Bakery is the oldest bakery in Cornwall.  Just last month their hard work and dedication saw them named the winner of the highly sought-after ‘Craft Bakery Business Award’ at the Baking Industry Awards, a huge mark of recognition for the premium bakery.  They attribute their success not only to the provenance of their ingredients but also to their dedicated team with all of their baked goods crafted with an enormous amount of care and attention to detail.
To hear the latest news from Warrens Bakery follow them on Twitter (@WarrensBakery) or link up with them on Facebook www.facebook.com/warrensbakery.  Why not also pop into the new bakery at 89 High Street, Sutton, SM1 1JF. 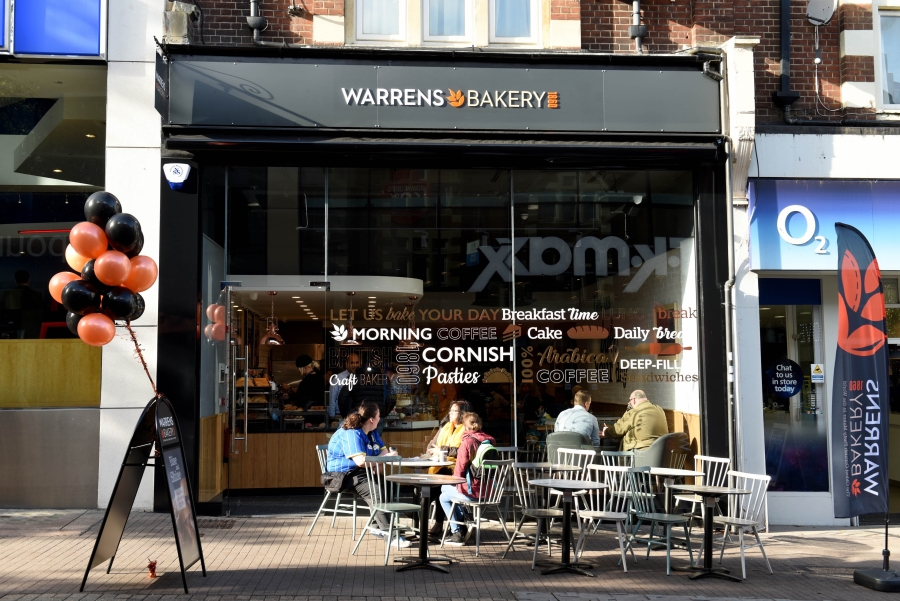 All content including images provided courtesy of Danielle Merchant at RAW Food and Drink PR - danielle@rawfoodanddrinkpr.co.uk

All the fun of Carshalton Environmental Fair this Bank Holiday Monday.

Keep hate crime out of Sutton! Working together to keep Sutton Safe
Sign up for offers
Sign up for what's on guide
Popular Categories