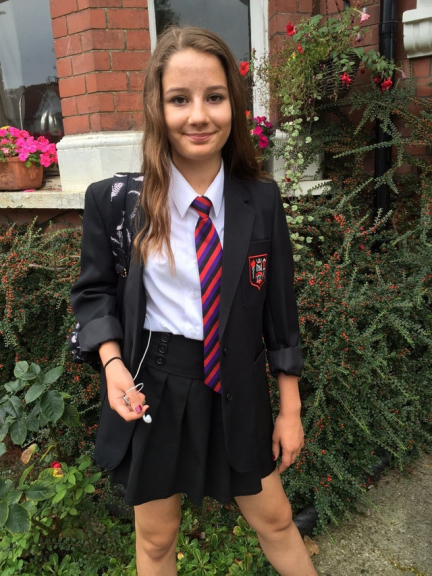 Royal Sutton Coldfield MP Andrew Mitchell joined the tide of anger over the suicide of 14-year-old Molly Russell.  The social media site Instagram has announced that it has banned all graphic self-harm images after the teenager`s account was found to contain distressing images about depression and suicide in what has become a reputational crisis for the brand and it`s parent company Facebook.

"Social media platforms can no longer be trusted to self regulate", said Andrew Mitchell MP, who does not believe that it should have taken the death of a 14 year old for Instagram to act.    "I do not suggest that the Internet has not transformed democracy for the better.  It allows me to interact with my constituents during the days I am in Westminster representing the views of Sutton Coldfield".

The Royal Town`s MP believes that the tragic case of Molly Russell is a poignant reminder that the Internet has an ugly side.  Instagram allowed the 14 year old to retreat to a terrifying online world algorithmically tailored to encourage her darkest thoughts with the depression she likened to a storm bearing down on her because, on the outside, as far as her loving family could see, she was a happy schoolgirl who had just landed the lead role in her school`s upcoming production of Fantastic Mr Fox.  "It has been a little over a year since 14 year old Molly Russell took her own life" explained the MP.  "Her mother found her on a Tuesday morning motionless in her bedroom before she was due to leave for school.  It was also the moment her parents found out that she had been fighting severe depression.  She had shown no obvious signs of mental ill health and even spent the night before with her family watching I`m A Celebrity - Get Me Out If Here."

Molly`s family found material relating to depression and suicide when they looked at her account after her death.  Her Instagram profile showed Molly had been visiting sites that encouraged self-harm and making it even seem normal.  Instagram had been using algorithms, which engaged Molly to view distressing material.  "I do not suggest that social media is the root cause of depression or anxiety", said Andrew.  "Mental illnesses are complex but we can all agree that suicide has a devastating impact on families left behind and there is much at stake if we fail to protect our children fro m harm that can be caused by online content".

Since Molly Russell`s death other families have contacted Papyrus, the suicide prevention charity to reveal they believe social media was a factor in the deaths of their children in a problem that has grown unchecked for 10 years.  There are many who believe their children will not be safe until Facebook takes it`s role as a global corporation and communications platform more seriously.  Andrew Mitchell MP has long campaigned on behalf of mental health service. Alongside Liberal Democrat Norman Lamb MP and Alistair Campbell for Labour he launched an All Party campaign to promote mental health, which subsequently secured an additional £600 million from the Government to be spent on mental health services.  As a result of that campaign the Government, as part of the 5 year NHS funding offer has committed an additional £2 billion per year to mental health services.  This will fund new mental health services in every A & E alongside young people`s crisis teams across the UK.  "The additional funding", explained Andrew Mitchell MP, "also delivers more mental health ambulances and a 24 hour mental health crisis hotline for those in urgent need of help".

Pressure on Instagram culminated in a meeting with Health Secretary Matt Hancock.  Instagram admitted that their company had not done enough to protect the most vulnerable namely children using their site.  Explicit imagery of self-harm is now no longer allowed on their site.  "The case of Molly Russell has led to the realisation that the responsibility of suicide prevention cannot be solely placed on the Government" explained the MP of the Royal Town  "and neither can it be right that graphic images of self harm be viewed by children as young as 13.  Social media companies have some of the best technological expertise at their disposal and it is perfectly reasonable for them to use this to help tackle what is one of the biggest challenges in our society".

Sutton Coldfield`s MP supports the Government`s White Paper, due to be published in February 2019, setting out plans under which social media companies have to sign up to a code of practice and face fines from a regulator if they do not take down harmful posts swiftly enough.  "Social media providers", Andrew Mitchell MP said "must not be allowed to hide behind the guise of "free speech" while reaping the profits by operating in a moral and grey area without the onus of responsibility."

For more information about the hard working Member of Parliament for Sutton Coldfield please go to www.andrew-mitchell-mp.co.uk