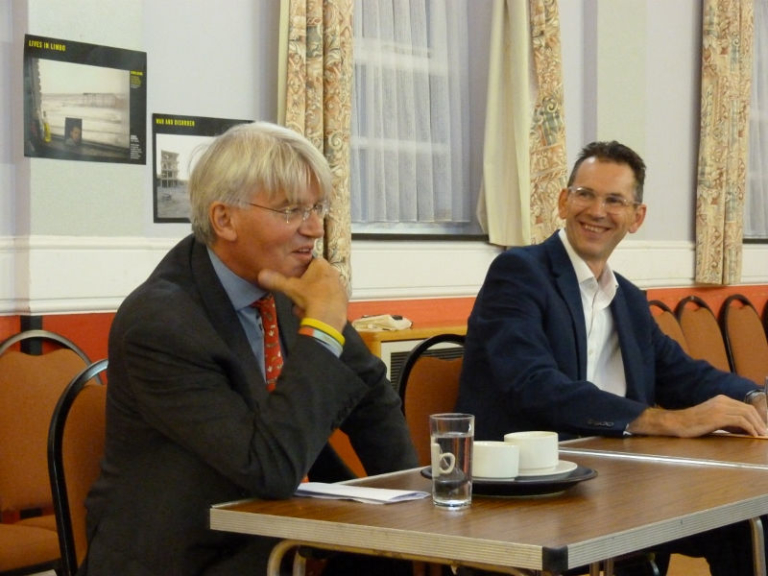 Andrew Mitchell MP was quizzed about arms sales to Saudi Arabia, immigration, protests in Hong Kong and the role of the United Nations in a debate over human rights organised by the royal town’s Amnesty International group.

The event, which took place in Holy Trinity RC Church Hall in Sutton Coldfield also saw discussions over female genital mutilation, the role of Amnesty in protecting human rights and the treatment of Rohingya Muslims by Myanmar.

It is the third time the group, which has been meeting in Sutton Coldfield for more than 40 years, has held a human rights debate with Mr Mitchell, former Secretary of State for International Development.

The event attracted people of all ages including groups from Arthur Terry School and Sutton Coldfield Grammar School for Girls.

At the event Mr Mitchell pledged his support for protecting human rights across the globe.

“Human rights belong to everyone and we are all diminished when they are ignored,” he told the meeting. “Our country has stood up in some very dark circumstances and has been a beacon of light for people. But Britain’s influence has diminished and our futures depend on having a very strict rule of law across the world.”

Following the debate, Mr Mitchell paid credit to the members of the Sutton Amnesty Group who meet monthly to campaign for the freedom of prisoners of conscience in countries worldwide.

“It is always a rewarding and pleasurable experience to spend an evening with Sutton Coldfield’s very active Amnesty membership and to discuss how we can all make the world a better place,” he said.

Sutton Coldfield Amnesty International Group’s chairman Andrew Hindle added: “We are very grateful to Andrew Mitchell for giving up his Friday night to take part in our debate which covered so many different subjects. It was also great to see so many young people here asking so many questions about how we protect people’s human rights.”

Society for the Protection of Unborn Children marks the death of 9.5 million babies:-
Sign up for offers
Sign up for what's on guide
Popular Categories