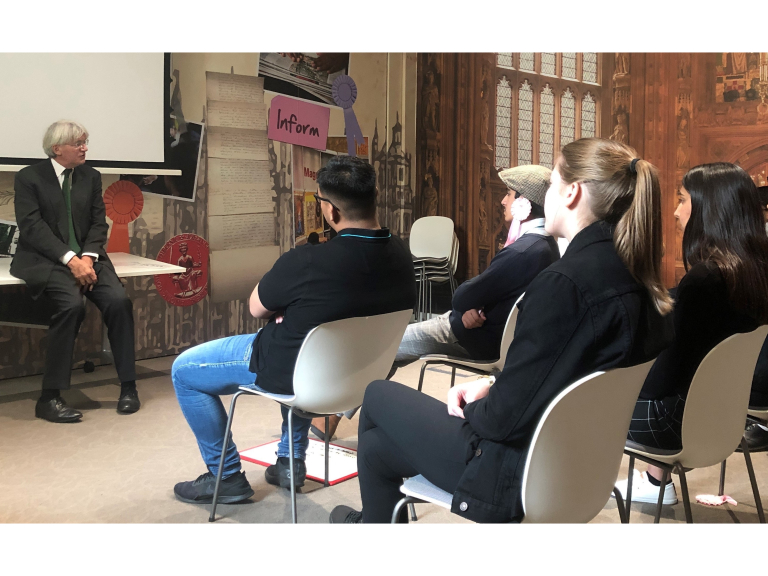 Andrew Mitchell has welcomed to the House of Commons Sixth-Formers from Arthur Terry School, who proved themselves to be engaged with the political process when questioning their Member of Parliament on current affairs.

The students were given a tour of Parliament and then had the opportunity to grill Andrew on a wide variety of topics. Students asked questions on climate change, Brexit, Donald Trump, electoral reform and the legacy of Prime Minister Theresa May.

Andrew Mitchell expressed his concerns about the challenges that people face today. He explained that he would like to see Brexit delivered on 31 October, so that the Government can fully concentrate on the critical issues like health, housing and schools.

During the Q and A session, it was clear that not all students were in agreement with each other on how best to solve some of the country’s thorniest political problems. However, Andrew explained that as a Member of Parliament, he has the privilege of representing every Suttonian in Westminster, regardless of their political views.

After meeting the students, Andrew said: “It is often said that young people today are disengaged with politics and have no interest in current affairs. Today, the students from Arthur Terry’s Sixth-Form proved that to be untrue, as they clearly take a keen interest in the problems faced by our country.

I hope they found their visit to the home of our democracy interesting, and that it will inspire them as they continue to follow politics, both at home and overseas. I wish them the very best of luck as they to prepare for their futures.”