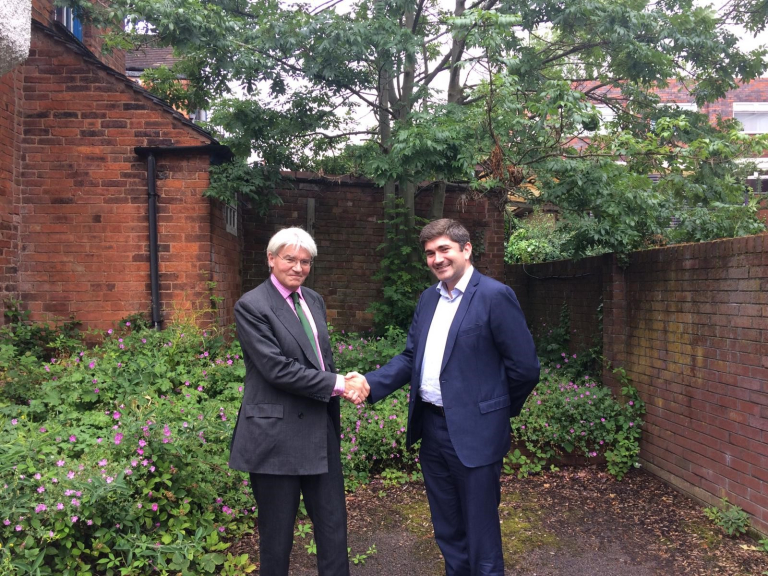 Andrew explained to Neil the rich history of Sutton Park, the largest municipal park in Europe, which was given to the people of Sutton Coldfield in 1528 by King Henry VIII. Neil explained that the Queen’s Baton Relay is due to visit the city and region shortly before the Games officially begin, which will create opportunities for community engagement. Andrew recommended to Neil that the relay visit the Royal Town’s magnificent hall, which would provide a valuable opportunity for it to be showcased across the whole Commonwealth of Nations.

Neil and Andrew discussed ways in which the Royal Town, Sutton Park and its long history could be celebrated during the games.

Andrew expressed his concern as to the future of Sutton Park’s sporting legacy once the Games were over. However, Neil mentioned that Games Partners, the group of organisations working together to deliver the Games were determined to ensure that there was a meaningful legacy beyond the eleven days of first-class sporting action during the summer of 2022.

Following the meeting, Andrew said: “I am absolutely delighted that Birmingham City Council have secured as their Commonwealth Games Programme Director someone of Neil’s calibre. I am more than certain that he returns to Birmingham with a sure understanding of what makes our Royal Town and its stunning Park so special.”