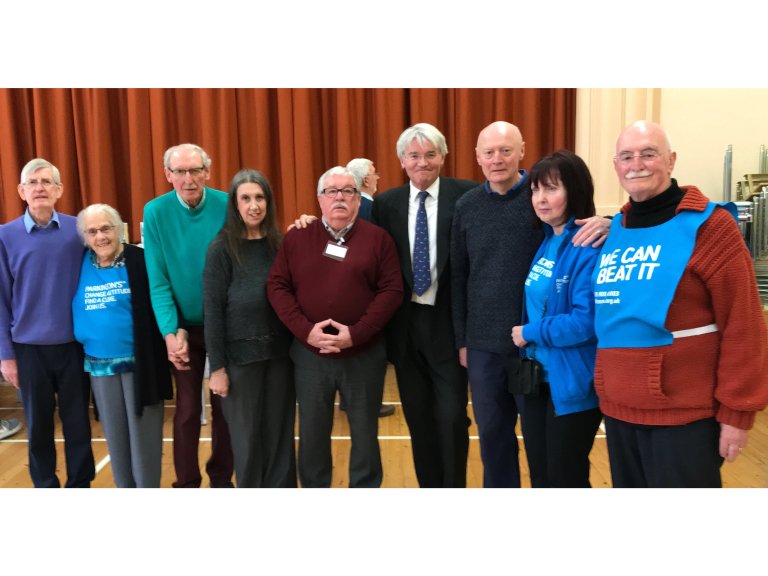 The Royal Sutton Coldfield & North Birmingham Branch of Parkinson’s UK held their annual coffee morning on Saturday 13th April, as part of World-Wide Parkinson’s Day.  Thanks to the generosity of visitors, the magnificent sum of £896.40 was raised, which will be used for the benefit of members suffering from this degenerative disease.

Patron of the Branch, Andrew Mitchell MP, attended and said: “I am pleased and proud to be the Patron of the Royal Town’s Parkinson’s Branch as well as their Member of Parliament. The contribution to improving quality of life as well as fundraising that is made by local branch activists is immense and I congratulate them.”

Admission was free and visitors enjoyed tea or coffee with homemade cakes.  There were also several stalls, including a tombola, raffle, and scalextric racing which was very popular.

The Royal Sutton Coldfield and North Birmingham Support Group exists to provide support and help to anyone 'touched' with Parkinson's.  It meets every Thursday between 1.45pm and 3.45pm at South Parade Methodist Church and provides tailored exercise sessions as well as guest speakers and entertainment events.  Parkinson’s Café is held on 1st and 3rd Tuesday of every month from 10 am-12 noon at Age Concern Community Café, 76/78 Boldmere Road, Boldmere, B73 5 TJ.   The branch also arranges respite breaks and day trips for both its members and others touched by Parkinson's living in the area.  Being a registered charity all the services it provides are funded by donations and charity events, such as this coffee morning.   In addition, the Branch regularly contributes thousands of pounds to fund research.

They provide access to a specialist nurse and a local adviser and welcome anyone who requires further information to pop along to their meetings on Thursdays, to their Café, or to contact John on 0121 308 7826.  Help is also available on 0808 800 0303 and details via the website: www.parkinsons.org.uk