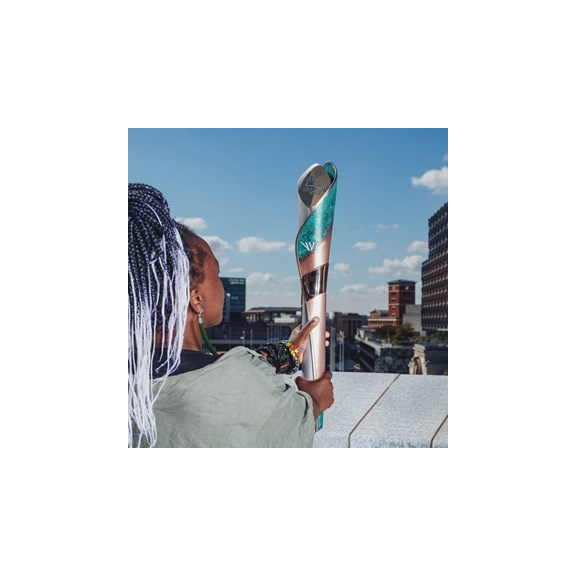 The Birmingham 2022 Commonwealth Games has unveiled the highly-anticipated route that the Queen’s Baton Relay will take in the West Midlands and the rest of the host nation this summer.

Travelling via land, air and sea, more than 180 communities in England will experience the Queen’s Baton on a route spanning 2,500 miles (4,000 kilometres). From energetic cities and historic market towns, to rolling countryside and rugged coastline, the Baton will head as far south as Cornwall and as far north as Northumberland.

The final countdown to the Opening Ceremony will see the Baton spend 11 days travelling through the host region of the West Midlands, visiting:

The West Midlands route is jam-packed with highlights of activity, including a visit to the Kidsgrove Pump Track in Newcastle-under-Lyme on 18 July, travels by coracle on the River Severn on 19 July, wakeboarding at Chasewater on 20 July, and visiting the Black Country Museum on 24 July.

As the Baton nears closer to the host city, the Baton will be abseiled from Galton Bridge on 25 July and board a barge on the Grand Union Canal on 26 July.

Ian Reid, chief executive of Birmingham 2022 said: “Whilst the Baton has been travelling across the Commonwealth, we have worked closely with Local Authorities in England to devise a route that engages with hundreds of communities, passing sport venues, historic sites, local schools and Areas of Outstanding Natural Beauty.

“Yet the Queen’s Baton Relay is far more than just a journey. It symbolises connecting people from every corner of the Commonwealth, celebrates Batonbearers who take on challenges, and marks the countdown to the biggest sporting event in West Midlands history. And by the time the Baton returns to England for the final leg, 71 nations and territories will have already experienced the magic that comes with it.

“We hope that communities across the country join the excitement, attend events near them, line the streets to cheer on our incredible Batonbearers and celebrate the Birmingham 2022 Commonwealth Games.”

For more information on the Queen’s Baton Relay, visit www.birmingham2022.com/qbr

Learning partnership welcomes senior leaders on board
Sign up for offers
Sign up for what's on guide
Popular Categories
By clicking 'ACCEPT', you agree to the storing of cookies on your device to enhance site navigation, analyse site usage, and assist in our marketing efforts.
For more information on how we use cookies, please see our Cookie Policy.