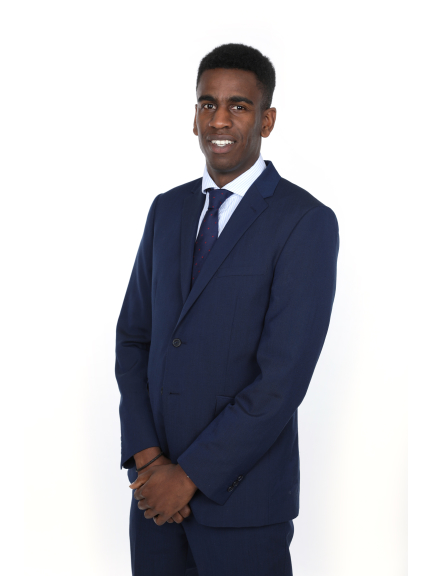 Alex grew up in Great Barr, Birmingham and went to Barr Beacon School. From a young boy, his dreams were to either become a footballer or solicitor. Both of these careers are achievable within his family, due to having cousins who are professional footballers other family members who work within the legal sector. This is where Alex believes his passion comes from.

Alex has pursued both paths, playing semi-professional football, whilst being qualified as a football coach, alongside also becoming a commercial solicitor.

Alex believes some of his traits include; being a reliable, supportive, patient and hard-working person. Alex began his career as a paralegal and moved to Bristol, whilst working in this role he studied at Nottingham Law School, where he completed his Legal Practice Course. He knows that it is imperative that you have great time management and organisational skills.

Once Alex had completed his LPC, he secured a training contract with a niche commercial property firm and then completed his contentious seat at a high street firm within the corporate and insolvency team. He was offered the opportunity to stay at the high street firm once qualified. During his time there he dealt with a range of matters, from terms and conditions to high profile betting cases to bringing and defending claims for office holders.

Prior to Alex joining Pickford Solicitor’s, he gained invaluable practical experience acting on behalf of a broad range of customers, from directors to private individual’s insolvency practitioners. Alongside this, Alex worked in house within the energy sector, dealing with their commercial contracts and ensuring that they remained compliant with OFGEM.

Alex enjoys spending his spare time with his fiancée and children, he is also an UEFA qualified football coach, and currently coaches children aged 9-11 at Midlands Professional Football Academy.

Alex is a keen and active volunteer within his local community, he regularly takes part in a variety of projects to support a range of charities to help mentor and make a positive difference to young people.

Alex looks forward to having a long and successful career at Pickford Solicitors.

Issued for & on behalf of Pickford Solicitors