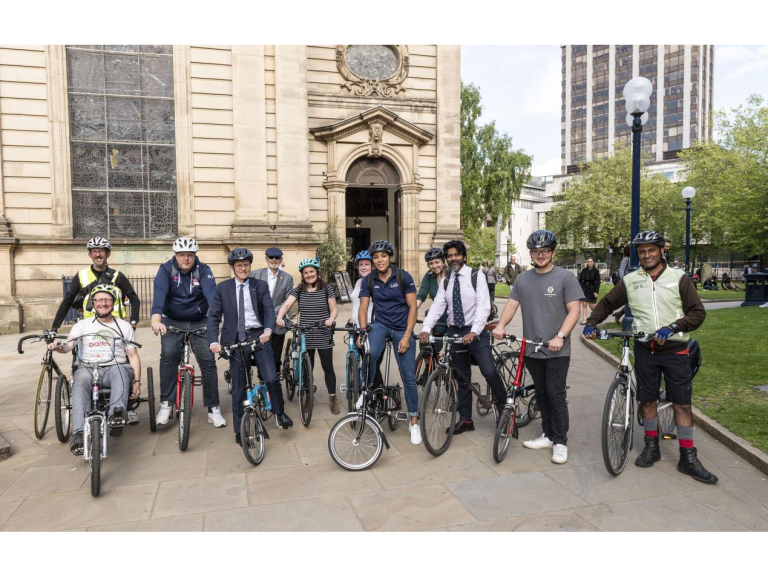 A £2 million fund has been launched to help communities make their streets safer and encourage more cycling and walking.

The Better Streets Fund was announced by Mayor of the West Midlands Andy Street at the region’s first Cycling Summit.

The summit, which attracted almost 100 attendees, was hosted by former world BMX and track cycling champion Shanaze Reade, the first event in her new role as West Midlands Cycling and Walking Ambassador.

The Better Streets Fund is part of a continued commitment by the Combined Authority to improve cycling and walking opportunities in the region.

As well as upping the spending on cycling to £10 per person per year, the authority is also looking to invest up to £250 million to improve cycling infrastructure.

As part of the new fund, communities from across the region will be able to put in bids for improvements to their streets designed to encourage more people to cycle or walk.

Andy Street said: “As well as being great exercise and a fun way to explore the region, cycling and walking are crucial to reducing congestion and tackling climate change.

“Often I hear how people want to walk and cycle more but there is a something stopping them - be it a lack of cycle storage or a problem with a particular route. We do not want any obstacles stopping people getting out on two wheels or on two feet, and that is why we have launched this fund.

“People might want a new road crossing, somewhere to padlock a bike or measures to stop cars parking on pavements. Whatever your idea is to improve the cycling and walking experience, we want to hear it.

“To show how committed the Combined Authority is to getting more people out on their bikes, we are raising the funding for cycling in the West Midlands to £10 per person per year until 2022.”

In 2011 just 1.7% of journeys in the region were by bike, but Transport for West Midlands (TfWM), part of the West Midlands Combined Authority (WMCA), has set ambitious targets to raise this to 5% by 2023.

Shanaze added: “I’ll be out and about in communities across the West Midlands, promoting the development of cycling and walking – especially with schools and young people.

“You’ll have fun, save money, be more independent and feel better physically and mentally. And cycling helps to reduce traffic congestion and improve air quality.”

The summit heard from a range of people who have either set up cycling clubs and schemes or benefitted from cycling.

Nurse Narinder Kaur who was struggling with grief following the loss of her father, found joining the Community Cycle Club in Walsall helped her build confidence and regain her focus. “I’m not over the grieving process yet and I’ll always miss my dad, but cycling has opened doors for me,” she said.

Rob Anderson talked about how he founded a cycle club for colleagues at HSBC bank and ensured showers and secure bike racks are provided. They also set up a scheme which gives staff free access bikes to ride to meetings or try before they buy.

Many of those attending the summit also joined the Mayor and Ambassador for a ride around Birmingham City Centre.

The Better Streets Fund will be used to pay for small scale improvements and infrastructure which encourages cycling and walking.

This funding will initially be targeted towards communities in the most deprived neighbourhoods and the aim is to ensure a range of bids from Birmingham, Coventry, Dudley, Sandwell, Solihull, Walsall and Wolverhampton.

To find out more about the fund or make a bid visit www.wmca.org.uk/BetterStreets