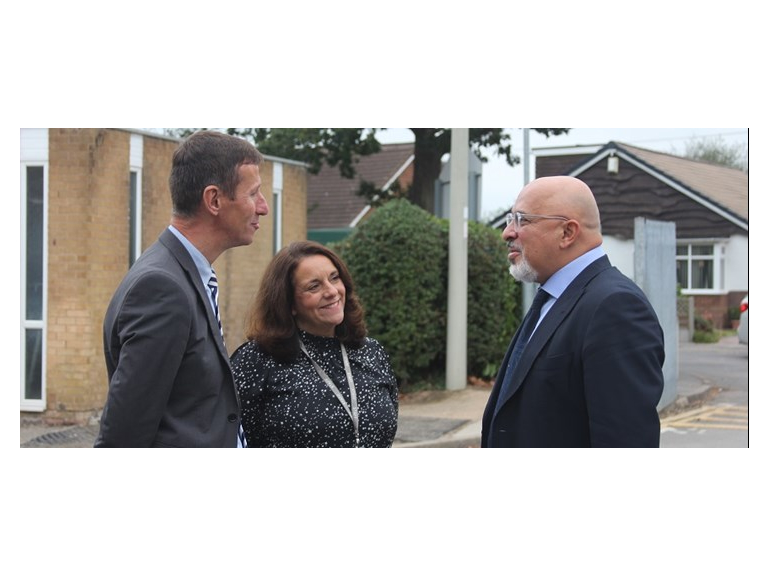 The Arthur Terry Learning Partnership (ATLP) has announced that West Coventry Academy has officially become part of its growing family of schools.

Led by Richard Gill CBE, who is also chair of the national Teaching Schools Hub Council, the ATLP has a proven track record of rigorous school improvement where Headteachers and other leaders work together to share best practice and learn from one another as well as from other external networks and partnerships.

West Coventry Academy joins the partnership after a period of mutual due diligence which has included formal consultation with parents, staff and the local community.

In September, ground was broken at West Coventry Academy to signal the start of work which will see it transformed as part of the Government’s School Rebuilding Programme.

The spade was put in the ground by Education Secretary Nadhim Zahawi ahead of the £38.4million complete rebuild which will include a brand new, state-of-the-art sports hall, also serving the local community.

The academy’s new buildings will be designed to reduce energy consumption and support the UK’s net zero by 2050 target.

“It is my firm belief that, together, we can support and challenge one another to be the best we can be, ensuring the very best outcomes for children.

“I know that West Coventry Academy will benefit hugely from the expertise within ATLP and we are extremely proud to be part of the ATLP family.”

Mr Gill said: “I’m delighted to welcome West Coventry Academy to the ATLP. This is an academy that is looking forward to an exciting future, thanks to a huge rebuilding programme that will equip it with first-class 21st Century facilities.

“I’m honoured and privileged to be working with Ana and her fantastic team, who are dedicated to developing young people who are Respectful, Responsible, Resilient and Ready to Learn.

“This ethos fits perfectly with the ATLP’s belief that every child has the right to be a powerful learner.

“By joining the ATLP, West Coventry Academy will contribute to our successful family of schools, which is committed to raising standards collectively through strong collaboration, teamwork and mutual support.”

The Arthur Terry Learning Partnership is based in Sutton Coldfield. It has more than 10,000 students, staff and governors.

Call for volunteers to trial app designed to support disabled people when travelling
Sign up for offers
Sign up for what's on guide
Popular Categories
By clicking 'ACCEPT', you agree to the storing of cookies on your device to enhance site navigation, analyse site usage, and assist in our marketing efforts.
For more information on how we use cookies, please see our Cookie Policy.