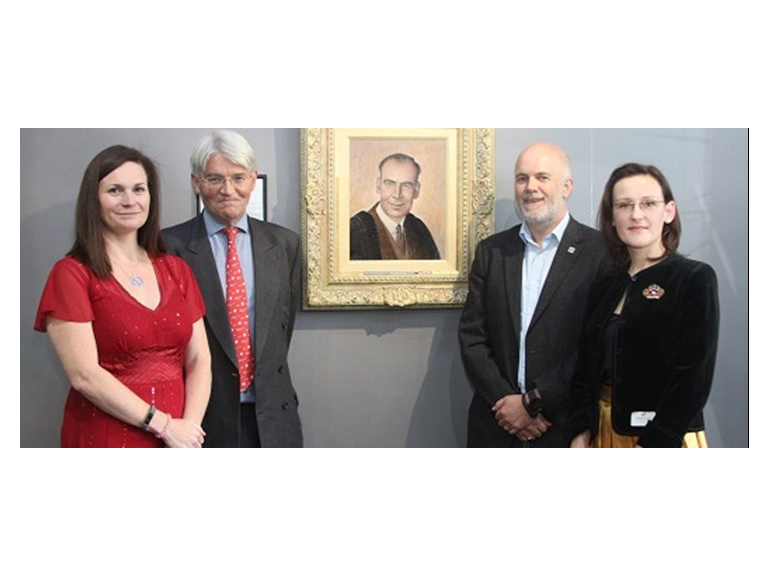 Former pupils from all across the world returned to Fairfax School for a huge 60th reunion – and to see the new portrait of their founding headteacher unveiled.

After months of preparations the school in Fairfax Road threw open its doors for its Diamond Jubilee, welcoming members of the class of 1959 for an afternoon tea and inviting ex-pupils and staff members to an exhibition and disco on the evening.

They were even joined by two members of the school’s first teaching staff, David Mitchell and Alf Jenkins.

And to mark the anniversary a new portrait of founding headteacher, Gordon Philpott, was unveiled by Sutton MP Andrew Mitchell in the school’s reception.

The family of Mr Philpott, who passed away in 1990, are still actively involved with the school - his grandson Neil is chair of the Academy Association – and they were there to watch the unveiling of the painting, which was created by Polish-born artist Izabela ‘Venuso’ Okonska.

Head of academy Deborah Bunn said: “The reunion was a tremendous success and it was wonderful to welcome so many former students back to Fairfax. It was great to hear them share their stories of life at the school and meet up with old friends.

“We were also privileged that an artist of Izabela’s talents was kind enough to create the portrait of Gordon Philpott for the occasion, and it was an honour to have Mr Mitchell join us to unveil it.

“It was very special day that I think everyone will remember for a long time.”

Izabela said: “It was a huge honour to paint this portrait of Mr Philpott, and to work with his family to get the likeness right and capture something of his character.

“He was clearly a man who cared a great deal about Fairfax, and he is still remembered there fondly after all these years.”

While the new portrait will hang in the school’s reception, Izabela presented framed prints of the picture to Neil and his parents, Colin and Kath.

Mr Mitchell said: “It was a great pleasure to visit Fairfax once again and to help celebrate the 60th anniversary.

“In particular, it was an honour to unveil the magnificent portrait of Gordon Philpott. The superb painting took the breath away of members of the founder’s family who remembered him and now hangs proudly in the entrance of this great school.”

The grand reunion was the culmination of months of events marking the school’s 60th birthday, including a tree planting, appeals for memories and the founding of an alumni association.

Mrs Bunn added: “I would like to thank everyone who made this special day possible, from our pupils and staff past and present to our marvellous catering team, the PTA and all the members of the community who contributed.”