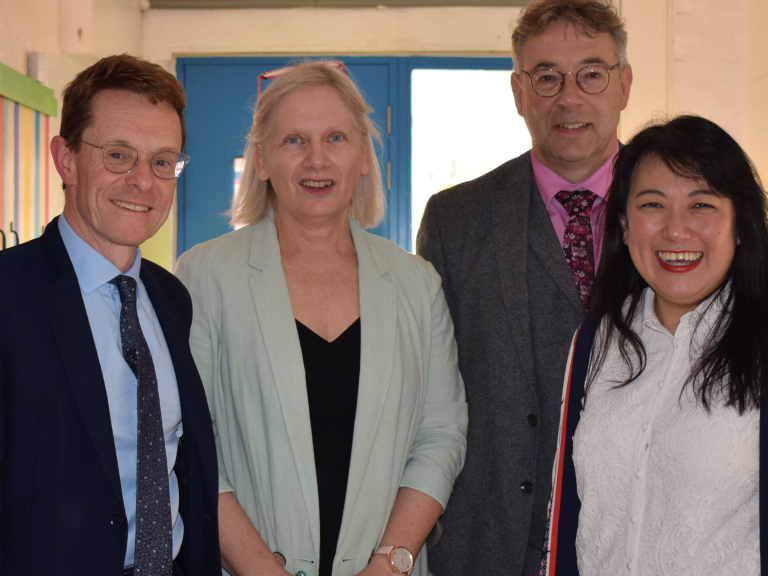 A local solicitor, poet and playwright who  previewed some of his work from his trilogy for China West Midlands 2020 at the Wolverhampton Literature Festival, Nottingham Poetry Festival and the Chinese Community Centre Birmingham has now staged a special performance for the Mayor of the West Midlands, Birmingham Television and his corporate sponsors with Stagecoach Performing Arts.

Ian Henery was invited to write a trilogy for China West Midlands 2020 starting with a story based on the sacrifices of the Chinese Labour Corps during the First World War and continuing with a second story around the 1940s/50s and the third story set in contemporary Britain.    "The trilogy will explore ideas of family, sacrifice, place and time" explained Ian "from Chinese and British perspectives in the socio-economic context of 3 significant periods from recent history.  Half of my family are Chinese.  One of my daughters was born in China.

I have been fortunate to have been married to a Chinese lady for 28 years and that`s more than half my lifetime.  She tells me sometimes I think and act like a Chinese person and I take that as a compliment.  I am lucky to have Chinese people in my family".   The trilogy, entitled "Home" for China West Midlands 2020, was previewed by Andy Street, Mayor of the West Midlands, on Friday 28th June and filmed by Birmingham Television.  Special guests included the Birmingham Chinese Society and corporate sponsors Xin Marketing and Red Moon Brewery.  The project is also being supported by the Birmingham Hippodrome, Southside Business Investment District, the Newhampton Arts Centre, Aldridge Photographic Society, Chinese Active Citizens UK, Birmingham Chinese Society, WCR FM, Searchlight Theatre in Dudley and Blue Orange Theatre in Birmingham.

"It`s fantastic" said Andy Street, Mayor of the West Midlands, "that students from Stagecoach Performing Arts are exploring the theme of home for China West Midlands 2020.  For many people in the West Midlands home is in 2 places - where one was born and grew up and where they are living and working now.  I am committed to making every community feel at home in the West Midlands and projects like this really do help in bridging the gap between different continents and cultures".

China West Midlands 2020 hopes that the project will enable Birmingham and the West Midlands to grow trade and investment opportunity with China as well as increase  visitor numbers to the region.