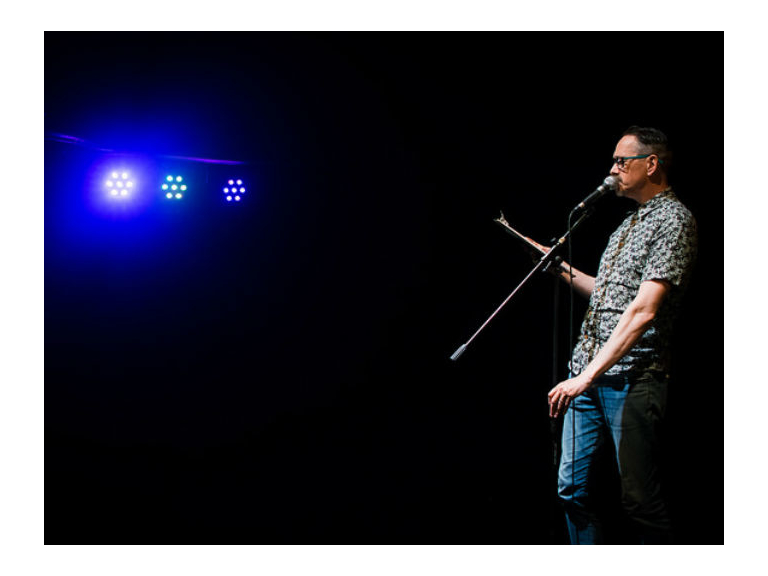 Willis the Poet burst on to the poetry scene in the Black Country a few years ago now, following a drunken promise to himself to “do a poem” for his wife’s birthday at the brilliant open mic night in Stourbridge called Permission to Speak, which is a monthly spoken word event run by Rob Francis.

After a clumsy attempt at comic prose for that night, he was completely hooked and started to write and perform at every open mic he could find within striking distance.

Since that inauspicious start, Willis has honed his comic poetry craft and is now performing all over the country at poetry festivals, headline slots and fringe events, showing that even the most unpoetic of poets can give it a go with just the right amount of dedication to the cause.

What inspires Willis in the biggest part though is not necessarily the performance. His main enjoyment is to get out amongst the other poets and spoken word artists and see who’s doing what with wordplay and poetry. He runs a show on Brum Radio called Brum Radio Poets, which is a monthly conversation with poets where they can showcase their work. He loves to pluck new talent from the scene and mix them in with the established poets for a lively cocktail of wordiness. Willis also runs a series of open mic nights bringing opportunity to fellow wordsmiths – Whisky & Words every other month in the Whisky Club in Brum, 1 st Thursday of the month at the Birmingham Midland Institute and the last Thursday of the month at the Caffe Grande in Dudley.

As well as all that, he loves to collaborate and poetry has opened doors to work with artists,photographers, volunteers and the general public on all sorts of projects. Willis is convinced that saying yes to every opportunity has helped build his network of friends in the creative bubble and has really enriched his life through meeting new and exciting people every time he steps into an event. Volunteering at Verve Poetry Festival has been a game changer in meeting other poets and feeling part of a bigger thing happening in Birmingham through poetry.
If you want to catch Willis the Poet in performance, then here’s a few dates for the diary: -
5 th May – Nottingham Poetry Festival
8 th May – Permission to Speak – Stourbridge
16 th May – O&amp;O at the Fountain in Walsall
18 th May – Swindon Slam
19 th June – Ludlow Fringe Festival – Willis the Poet’s Comedy Extravaganza
26 th June – Scriptstuff in Leamington Spa
6 th July – Walsall Poetry Festival – Walsall

Brum Radio Poets goes out on the last Sunday of every month at 11:00am so if you like poetry, it is well worth a listen – BrumRadio.com
Willis is now not ashamed to call himself a poet and would recommend an open mic poetry night to everyone who wants to see diversity in all its glory – “If it’s alive and kicking you will find it in front of the mic at a spoken word event!”