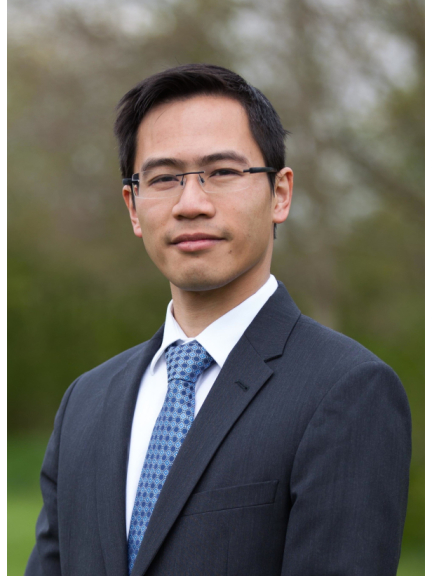 "I am proud to be British Chinese" said Councillor Alex Yip JP, who represents Sutton`s Wylde Green Ward "and proudly carry my heritage with me.  I would like to take this opportunity to wish everyone in Royal Sutton Coldfield a very happy Chinese New Year.  As we say in Cantonese Kung Hei Fat Choy!"

Councillor Alex Yip JP is a local  resident of Sutton Coldfield and active in the local community as a Birmingham city councillor.  He is a campaignerand on the Council he is also Conservative Shadow Cabinet Minister for Children`s Wellbeing and sits on the Scrutiny Committee for Children, Schools and Families. He has a hope and a drive to make a difference to what people care about and to leave things better than how they found them when they first arrived at the scene.

"I strongly believe in civic duty and in giving something back to the community", he explained.  "I have been a local magistrate in Birmingham sitting on the Victoria Law Courts benches since 2009.  I have also been a local school governor for over eleven years and now currently Vice Chair of Governors at Wilson Stuart which is a school catering for pupils with learning difficulties, complex medical conditions and other impairments".

Walmley and Sutton Coldfield have been home to Alex and his family for the past 16 years.  "The whole of Walmley is a beautiful warm area with a very strong sense of community spirit" said Councillor Alex Yip.  "This can be clearly seen by it`s strong local residents associations and groups, church groups and active community leaders where people come together to support and improve the area such as the Wylde Green Neighbourhood Forum in the ward I represent."

Councillor Alex Yip JP is keen to promote diversity and inclusivity in Sutton Coldfield.  Sutton Coldfield Scouts have benfitted from his ceaseless volunteering work in the community through Chinese calligraphy workshops and bringing together a raft of corporate sponsors from the Chinese community in projects such as last year`s Jurassic International Jamboree in Dorset, Jamboree on the Internet, Jamboree on the Air and the Scout Marketing and PR badge with Andrew Mitchell MP.

In addition to being a city councillor and active community leader, Alex also spends a lot of time volunteering in Africa and the wider Chinese Community living in Britain. He also maintains that the Chinese New Year celebrations in Birmingham Chinatown are now among the biggest in Europe. "In the past I have volunteered at the Overseas Chinese Association School", he said "which is a charity organisation comprised of dedicated volunteers who support local causes in the community.  We work closely with the Chinese Community Centre in Birmingham, local businesses and other organisations to promote the region and the contribution of the Chinese community".

The aim of the Overseas Chinese Association School is to teach not only the Chinese language to British born Chinese people but the great Chinese heritage which the students come from and to instil in them the traditional values of hard work and loyalty to the family.  "By planting the seeds of our heritage", explained Councillor Alex Yip JP "in the next generation we can ensure that our traditions will survive as the torch is passed on to the future."

Andy Street, Mayor of the West Midlands, is a supporter of Councillor Yip`s work he has added to the cosmopolitan culture of Birmingham and Sutton Coldfield. "It is my great pleasure to wish everyone a very happy New Year", said Andy Street.  "The West Midlands is proud to have become a home and a hub for the Chinese community."

According to Andy Street, the West Midlands Combined Authority is working hard on making our region better connected, skilled and habitable for all communities.  "While we celebrate Chinese New Year", said Andy Street, "it is right to think of and be proud of the contribution of the Chinese community to our region.  Trade with China is strong and bolstered by the advanced manufacturing section.  The Chinese community are peaceful and hard-working contributions to our region`s success.  Happy New Year, Royal Sutton Coldfield!"